After the success of Dirty Harry, director Don Siegel moved to the other side of the law for his next film. Charley Varrick stars Walter Matthau as the title character, a bank robber who gets more in his score from a local bank heist than he had bargained for. Siegel dives into the seedy underworld of criminals, hitmen, and mob bosses to make one of the best crime thrillers of the decade.

Charley Varrick (Walter Matthau), a retired stunt pilot and current unsuccessful crop duster, concocts a plan to rob a small country bank with his wife Nadine and partner Harman Sullivan (Andrew Robinson). The robbery is a success but during the ensuing escape, Nadine is shot and mortally wounded. Charley uses her and a car fire to distract the police so that he and Sullivan can evade capture. When Charley takes a peek at the score from the robbery, he discovers a whole lot more money than any small country bank should have. Charley realizes the bank was a holding spot for money that belongs to the mob and they are certainly going to come looking for it.  Charley wants to sit on the money for a few years and hope the whole thing blows over, but Sullivan doesn’t care about what he or the mob wants. He is going to spend the money now. Upon realizing the money is gone, mob boss Maynard Boyle (John Vernon) sends his best hitman named Molly (Joe Don Baker) to recover the money and punish whoever took it. Charley doesn’t trust Sullivan to sit on his share of the money so he makes his own plan to get away. While Charley is away getting passports, Molly finds the hideout, killing Sullivan, but without finding the money or Charley. Charley knows he is going to have to confront the situation head on so he hunts down Boyle’s secretary to help set up a meeting between the two. Charley flies into their meeting in a junkyard in his old crop duster plane. With Molly waiting in the wings to take down Charley once he gives the money to Sullivan, Charley instead hugs Sullivan fooling Molly into thinking they worked together the whole time on the job. Molly kills Sullivan and is ready to kill Charley but Charley has thought ahead. When Molly goes to retrieve the money from where Charley hid it, a bomb explodes and kills Molly.  Charley makes it look like he is the one who died in the explosion and smoothly sneaks away with the money.

Charley Varrick is a criminal that plays chess while everyone else is playing checkers. He is always a step or two ahead of anyone trying to take him down. He knows better than to trust his partner Sullivan so he collects a passport ensuring he can disappear whenever necessary. Varrick uses flowers for a woman as a ruse to figure out where she lives which in turn will lead him to her boss. Even in the end, hanging upside down in a crashed airplane, Charley outfoxes Molly by sending him to blow himself up as he tries to collect the stolen money. Now Charley Varrick is dead to anyone who might care so he can disappear with his bag of money and enjoy freedom.

The world of Charley Varrick is so dingy you can practically taste the dirt. Charley’s hideaway house is a tiny mobile home just barely big enough for two grown men. The drapes have a tinge of yellow from age. When Molly visits the whore house to get some sleep, the black lights and wood panel walls show the signs of wear and tear. The decor of the house is of little importance to the visitors, but does give the feel of a place that Tony Soprano might stop by if he were in town.

Sometimes overlooked, but never forgotten, Charley Varrick can play alongside other notable crime pictures like Friends of Eddie Coyle, The Killers, and Point Blank. Don Siegel continued his award winning career with The Shootist and Escape from Alcatraz. Walter Matthau continued his illustrious acting career for the next several decades with films as diverse as Dennis the Menace and The Bad News Bears, lasting long enough to become a grumpy old man. The influence of Charley Varrick still reverberates in modern cinema; Quentin Tarantino even gave it a nod in Pulp Fiction when one of the characters makes mention that they are going to “go to work with a pair of pliers and a blow torch." 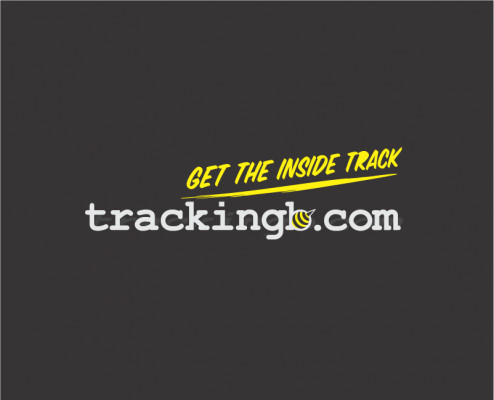