How does Back to the Future follow Joseph Campbell’s Hero’s Journey breakdown?

Here we turn to the classic Back to the Future.

Marty McFly is a teenager with dreams of becoming a rock star. The problem is that his family is caught in a web of failure spanning two generations.

Even Marty’s principal points out that no McFly ever amounted to anything — primarily because the McFly men are slackers, fearful of taking chances and inept at succeeding. This statement is proven when Marty and his band try out to play the school dance. They are quickly rejected.

Marty wants to become something. The trouble is, he doesn’t have the backbone to go the extra mile to make anything happen.

Marty’s call to adventure is subtle — and it’s a literal phone call that he receives from his eccentric friend Doc Brown, a crazy scientist. Doc wants Marty to meet him at the Twin Pines Mall at 1:15 am to witness a breakthrough in an experiment he’s been working on.

This call happens before we really see Marty within his ordinary world, but the true call to adventure occurs later that night when Marty has fallen asleep. Doc calls him, waking him up. He asks Marty to stop by his house to pick up his video camera.

The initial Refusal of the Call is present when Doc initially asks Marty to meet him at such a late hour in the night. Marty scoffs at first. A more clear Refusal of the Call occurs that night when Marty has fallen asleep, subconsciously refusing the call by ignoring it.

It’s not until Doc calls that Marty is reminded. He quickly heads out.

Marty arrives at the Twin Pines Mall with the video camera. Doc Brown makes his entrance, and we quickly learn that he lives up to his eccentric reputation.

The interesting element to this story is that Marty actually has two mentors — 1985 Doc and 1955 Doc. Both are very different. It’s the 1955 Doc that is the true mentor of this story, and we don’t meet him until much later on in the second act.

While the time travel to 1955 seems like a proper threshold that is crossed, this stage actually happens a few moments before Marty makes the jump back in time.

When 1985 Doc sends his dog Einstein back in time — and then back to 1985 one minute later — Marty has indeed crossed the threshold. His Ordinary World of being an ordinary teenager dealing with ordinary problems is behind him. He’s witnessed something spectacular.

Marty is put to the test when the Libyans come after Doc for stealing the Plutonium that he used to power the time machine. He’s crossed the threshold even more as he runs for his life. When Doc is seemingly gunned down, Marty must now take the initiative to survive.

He leaps into the DeLorean and tries to escape. They corner him as a rocket launcher is aimed at his vehicle. He shifts the car into a higher gear to outrun them and get out of range of the weapon. When he hits 88 mph, the flux capacitor is activated, thrusting Marty through time and into 1955.

Marty is then put through several initial tests within his journey as he acclimates to his new surroundings — Hill Valley circa 1955.

He meets his father…

… and manages to mess up the timeline by becoming the victim of his grandfather’s car — a fate that was supposed to happen to 1955 George McFly, Marty’s father.

To Marty’s dismay, 1955 Loraine (his mother) becomes infatuated with Marty. Marty quickly escapes and finds 1955 Doc Brown. He’s Marty’s only hope. But Marty must first convince the 1955 Doc that he truly is from the future.

Once 1955 Doc is convinced, he’s dismayed when he realizes that DeLorean needs a substantial power source — and it’s no easy task finding Plutonium in 1955. Doc reveals that the only way to replicate the type of power they’d need to activate the flux capacitor is a bolt of lightning. Unfortunately, you never know when or where a bolt of lightning is going to strike.

Marty remembers that at a specific upcoming day — the coming Saturday night — the Hill Valley Clock Tower will be struck by lightning.

Doc figures out that if there’s some way to harness the energy from that bolt and into the flux capacitor, Marty can be sent back to the future.

Marty is excited. He figures he can hang out with Doc for a week until that Saturday, joking that Doc can show him around. Doc stops him and insists that he must not leave the house. He must not see anybody or talk to anybody. Any contact could cause severe repercussions to the timeline.

But Marty has already met his parents. And worse yet, he’s already changed the timeline.

Doc’s theory is proven when they look at the photo of Marty and his brother and sister. His brother’s head is disappearing. If Marty doesn’t get his mother and father together, they’ll never fall in love, marry, and have kids. That’s why his older siblings are falling out of existence — and if Marty doesn’t do anything, he’ll be the last to disappear.

Marty remembers his 1985 mother telling him the story of how she fell in love with his father back in 1955. It was at the Enchantment Under the Sea dance where they kissed for the first time.

The problem is that 1955 Loraine has a crush on Marty. So Marty must struggle to get them to go to the dance together. But it’s not working.

Marty struggles to help George get the courage to ask Loraine out, but George is living up to what the principal declared — he’s a slacker. But Marty comes up with a plan. Since Loraine wants to go to the dance with him, he’s found a way that George can come to her rescue. They concoct a plan where Marty and Loraine will be in the parking lot outside the dance. Marty will make a move that forces a struggle between him and Loraine. George will come to the rescue, and he and Loraine will live happily ever after.

Meanwhile, Doc is setting everything up at the Hill Valley Clock Tower. Marty is tasked with connecting George and Loraine and then escaping the dance to go be sent back to the future.

George loses track of time while in the dance.

Marty is doing his best to make things awkward between him and Loraine — and she’s doing just the same. Just when he thinks he’s being pulled out of the car by George, as planned, it’s revealed that a drunk Biff has found him. He seeks out revenge for the damage that Marty caused to his car.

He tosses Marty to his friends, and they stash Marty in the trunk of a car as Biff tries to take advantage of Loraine. Biff’s friends are chased away by the band members, but they can’t get into the trunk because the keys are in with Marty.

Meanwhile, George has arrived at the car, not knowing that Biff is the one assaulting Loraine. He opens the door, ready to play out the scripted scene, only to discover that it’s Biff.

But George manages to muster the courage to stand up to Biff. But that courage gets him into trouble as Biff blocks George’s punch and twists his arm, ready to break it.

The band members get Marty out of the trunk, slicing the hand of their guitarist as they do. Marty rushes towards the car just in time to see George take a stand and punch out Biff. Loraine is now enamored with George.

But it’s not over yet. The guitarist can’t play because of his cut hand, so Marty must take his place — without music at the dance, George and Loraine won’t have their first kiss moment that makes them fall in love.

As Marty plays and George and Loraine dance, there’s one final moment of conflict. Another student tries to cut in, forcing George to momentarily return to his old cowardly, slacker ways. Marty sees this and notices that his hand is about to disappear. He looks at the picture of him and his siblings — he’s the last one left, and he’s fading.

George musters his newfound courage once again, tosses the other student aside, and he and Loraine share a magical kiss. So magical that the disappearing Marty is brought back to life instantly, signaling that the timeline is safe once again.

Marty wishes his parents well and rushes to the Hill Valley Clock Tower as the storm hits.

Marty attempts to give Doc a letter that he wrote, warning him of his future death. But Doc refuses to read it, fearing the repercussions within the timeline. He rips it up.

Setbacks occur, and Doc is forced to go to extreme measures to reconnect the cable that will send the bolt of lightning to the flux capacitor. Marty struggles to warn Doc about his future death, but it’s too late.

Marty rushes to ready the DeLorean, but it shuts down. As Doc reconnects the cable, Marty starts the car just in time and races towards it. He hits the proper 88 mph speed as the bolt of lightning connects with the cable, sending the necessary charge down to the DeLorean, sending it back to the future.

Marty is back in 1985. He’s set the time machine to arrive ten minutes early so that he can prevent the death of 1985 Doc. But the DeLorean breaks down. He’s forced to run to the mall and then realizes that he’s too late. He watches as Doc is gunned down — and then sees his past self successfully flee the Libyans as they crash to their apparent death after the DeLorean makes the jump into the past and disappears.

But Marty is shocked to see that Doc has survived. He put the letter back together. Everything is fine.

Doc goes back and gets the DeLorean running again. Marty bids him a farewell and Doc travels to the future.

Marty wakes up the next morning. He’s back in his house circa 1985. Was it all a dream? When he heads out of his room and into his house, he sees that everything is different. The McFly curse has been lifted.

1985 George is a successful author. His siblings are just as successful as well. 1985 Biff is now 1985 George’s underling. And Loraine looks wonderful.

Marty, as well as the whole McFly family, have been resurrected with much better fates, thanks to the actions of 1955 George McFly.

Marty is finally reunited with Jennifer when their kiss is interrupted by the arrival of the DeLorean. It’s Doc. He’s back from the future and needs to take both Marty and Jennifer back to the future to rescue their kids from a dismal fate. 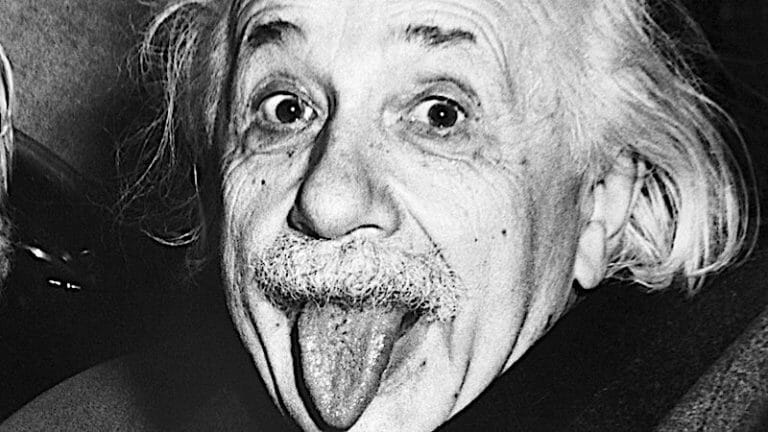