Identity and humanity are two concepts that science fiction loves to explore, so it’s a shame when a film that touts these themes does little more than give them lip service. This year’s live-action take on the 1995 anime Ghost in the Shell is one such hot mess of a movie. The lush look of its high-tech world, with digital icons that bloom from skyscrapers such as translucent koi that “swim” through the air to the ground, is impressive. Yet the film is hollow at its core, making its title more ironic than intended.

Audiences have stayed away from the film. Five weeks after its release, this Ghost in the Shell has earned $39.9 million, not quite half of its $110 million budget, and scored 45 percent “rotten” on Rotten Tomatoes, compared to the 96 percent “fresh” rating of the 1995 anime. (Compare this result to Get Out, an exploration of identity and racism wrapped in a horror movie that cost a mere $4.5 million to make. It sits at a 99 percent on the Tomato-Meter, and has earned $172 million to date.)

For writers, there are plenty of lessons here. If you think you’re going out on a limb with a meaty premise, have the nerve to jump out even farther – and create the empathy to take viewers with you. Engage controversy head-on, rather than trying to outrun it, or worse, outthink it. Never be afraid to course-correct when necessary, and if you do decide to stick to your guns, then commit fully. Because half-measures, as we’re about to see, rarely work out in the end.

Ghost in the Shell arrived in theaters having never shaken the dark cloud around Scarlett Johansson’s casting in the lead role. For those not up to speed on the controversy, Ghost in the Shell originated as a manga about Major Motoko Kusanagi, a female cyborg created for a special law-enforcement unit by implanting her “ghost,” or brain and consciousness, into a synthetic, robotic “shell.” It was so distinctive and popular it spun off into the anime and sequels, as well as inspired later cyberpunk stories such as 1999’s The Matrix.

Johansson has more than proven herself as an action star with roles such as Black Widow in Marvel’s Avengers and Captain America films, and other fare such as writer-director Luc Besson’s Lucy. But her casting here caused an outcry from fans and industry commentators who accused the filmmakers of whitewashing, the practice of casting a white actor as a nonwhite character, effectively erasing his or her ethnicity.

Before the film’s release, Johansson and others, including Mamoru Oshii, the Japanese director of the 1995 and 2004 animes, tried to steer the conversation to the world of the film. Johansson has said that her character is “in the midst of an identity crisis” because “she doesn’t know who she was.” Oshii has noted that in the various anime adaptations, the Major adopts different “shells,” so as to look however her creators want her to look.

As intriguing an idea as this is, the masterminds behind this latest version further muddy the waters with an additional bonkers twist. (Spoilers follow.) The Major learns that her brain is actually that of Kusanagi, imagined here as a runaway who lived off the grid and rejected the sort of robotic enhancements — heightened hearing, brain and digestive implants — that other characters in the film embrace.

No doubt somebody among director Rupert Sanders (2012’s Snow White and the Huntsman), producers, or the film’s three white male screenwriters (Jamie Moss, William Wheeler, and Ehren Kruger) thought this was clever. But this reveal is only as ballsy as it is tone deaf because, at best, it smacks solely of acknowledging the casting controversy instead of engaging with it in any meaningful way. There’s no attempt to make a statement, or join a pre-existing discourse. Nor does the twist explore any of the political or existential implications that arise as a result.

The Major was Japanese. And now she’s not.

“The erasure of the character’s ethnic identity, far from being denied, has in fact been incorporated into the story itself. Honestly, I wasn’t sure whether to splutter in outrage or marvel in grudging admiration at the sheer ingenuity of the artistic compromise on display,” wrote L.A. Times film critic Justin Chang.  This Ghost in the Shell could have been a cousin of Blade Runner, which turns 35 this summer, and not just because both have futuristic settings rife with Asian influences. Major feels out of sorts in her robotic form – she goes into convulsions when she first learns how she was transformed – she struggles to think of herself as human or real. Harrison Ford’s Rick Deckard, the bounty hunter that gives Blade Runner its title, tracks “replicants,” or robots designed to look human. He develops mixed feelings about his job and his targets after sympathizing with their desire to live longer than they’ve been programmed.

But Ghost in the Shell only ever dips its toes into the murkiness of what it means to be human. For all the effort that went into recreating the cyberpunk look and feel of the anime, the film itself is never much more than a hollow shell. A visual adaptation, but rarely a thematic one. “We cling to memories as if they define us, but they don’t. What we do is what defines us,” counsels Dr. Ouelet (Juliette Binoche), the scientist who helped turn Major into a cyborg and remains her compassionate ally.

Major’s actions – belonging to a cyberterrorism task force – don’t define her beyond her job. When she learns of her real name and whom she used to be, she’s disappointingly blank. Perhaps Johansson was playing her as someone who doesn’t know how to process this information, but a stunned character isn’t engaging – and it’s a wasted storytelling opportunity.

Four actresses of Japanese descent whom The Hollywood Reporter invited to watch the film thought the revelation came across as “clueless” because no one involved in the film thought about the depths Johansson would have to go to explore that. “Imagine that you were cast as an African-American character. There’s going to be a moment in this fictional film where you realize who you are. How f—ing hard, as an acting exercise, would that be to realistically play, and how much backlash would there be?” said Keiko Agena (Gilmore Girls). “As an acting challenge, I don’t think there was anywhere for her to go, realistically. How do you really root down in the fact that you grew up Japanese and, when that moment hits you, not go funny or over the top?”

Turning an Obstacle Into an Opportunity

What if the Major in this Ghost in the Shell had started her law-enforcement career as an Asian man? Or even a black man? What if the film at least had explored why looking like an attractive white woman was an asset for this particular character in this world?

The film brushes up against this, with several characters telling Major that she’s beautiful in her workmanship. But it never shows why looking the way she does is valuable. That’s not to offer the film a way to justify whitewashing but rather to highlight how spectacularly it failed.

In one sequence, the Major and her colleague Batou (Pilou Asbaek) investigate a nightclub where people watch dancing holograms and get illicit robotic modifications. Three men immediately approach Major. After she says her friend had work done there, they usher her into a private room and handcuff her to a stripper pole, where they proceed to zap her with a Taser and order her to dance. Batou, meanwhile, takes a seat at the bar, unbothered.

Major looks unthreatening, something this sequence wants to turn on its head. She says, “I wasn’t built to dance,” then takes out the two goons and frees herself, allowing her and Batou access to another area in the club. What if the film had more instances that addressed how this character as a woman, especially white, could go places that her partner couldn’t, simply because of other people’s prejudices or expectations?

So many women are aware of this, even subconsciously. The film Erin Brockovich had a field day with playing against type while using people’s assumptions to the main character’s advantage. Ghost in the Shell could have used Major’s appearance to examine the new currency she has in her world, then watch how she navigates her surroundings as her new self, for better or worse. Major picks up a prostitute who is human and touches her cheek and lips, fascinated, wanting to know how that feels. Then the scene ends. Again, the film skirts an idea and turns it into a dead end.

Instead, “Johansson is constantly objectified and celebrated as an ideal of beauty and function in a selectively multicultural but predominantly Asian society. Her ‘shell,’ artificially designed and optimized by corporate scientists, is cooed over by the camera and by other characters as an upgrade from the one her ‘ghost’ was born with,” L.A. Times film reporter Jen Yamato said. “Ghost in the Shell sent a clear, cold message to me as an Asian woman that I am not as worthy of owning my own identity. It’s a dehumanizing concept to sell so cheerily to mass audiences.”  Johansson might have enjoyed this exploration. She’s shown in Under the Skin and Her that she likes the world of science fiction and how to play with her seductive image and husky voice.

But a deep dive was never the filmmakers’ intention. Many shots in Ghost in the Shell recreate those in the 1995 anime, like Major falling from a roof and “disappearing” in a type of electronic camouflage. (She’s not naked as in the anime, seeing no use in a robotic form for clothes, but instead wears an odd-looking flesh-colored suit that turns her invisible. Meanwhile, a similar male character in the film gets to wear actual clothes and a maddeningly magical poncho that camouflages him in the same fashion.)

The filmmakers might argue that they were trying to be faithful to the original material. But a different gaze – a female one, an Asian one, anyone who could see beyond the special effects and technology – could have opened their eyes to the storytelling possibilities that they missed. 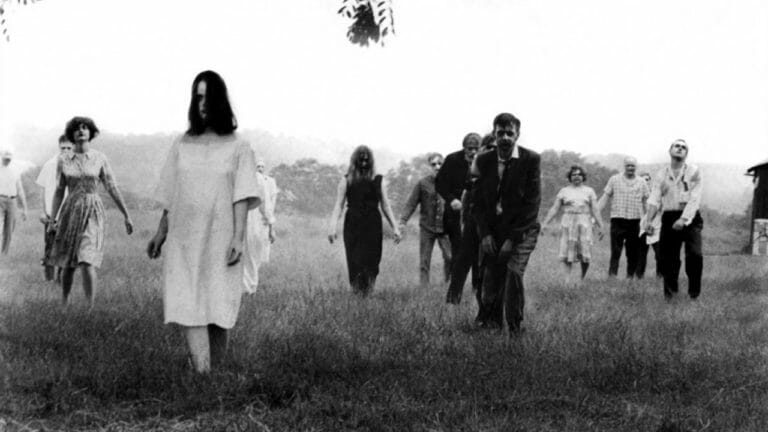 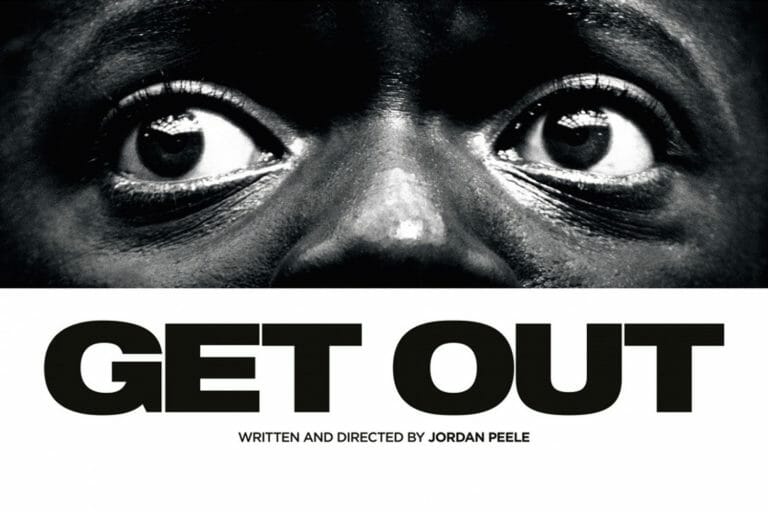 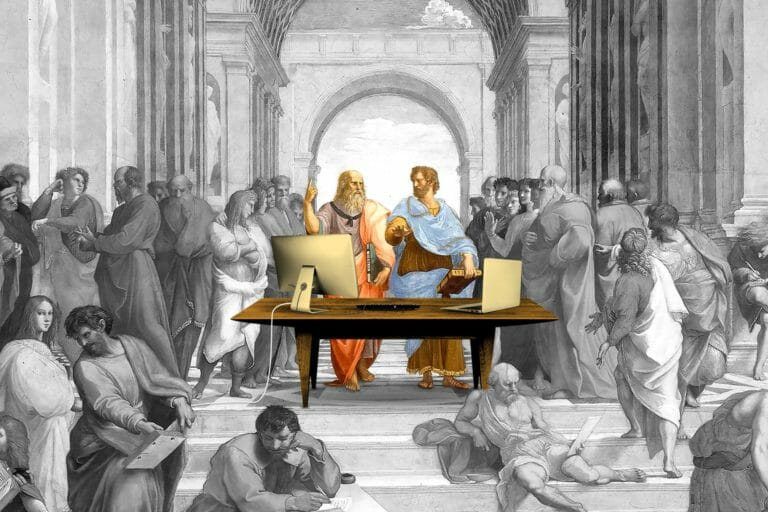 Screenwriting 101: Unity of Drama – What Aristotle’s Poetics Means For You