Action – that is, what a character does – provides the context by which the reader can understand the character’s purpose as it relates to the story. In Quills, the Marquis de Sade is the main character, and he writes. It is with ink that he makes the waves that ripple through his tightly- wound, conventional world. So Doug Wright begins Quills with the Marquis writing a lurid story from inside his prison cell.

The PRISONER turns away from the grisly proceedings below.

MASTER SHOT: THE GUILLOTINE LOOMS ABOVE THE CROWD

ANGLE ON: QUILLS, RIPPLING IN THE BREEZE

Through a tiny window, THE PRISONER sits with his back to us, hunched over his desk in a silk dressing gown. A lush wig trails in ringlets down his back. He writes, furiously.

ANGLE ON: THE BLADE, TREMBLING, READY TO FALL

ANGLE ON: THE PRISONER’S QUILL

as he dips it into a crimson ink-well. Issuing from the depths of his soul, an odd sound indeed; a little tune with the sing-song cadences of a children’s nursery rhyme: Claire de la Lune. Outside his window, the BLOODTHIRSTY ROAR OF THE MASSES.

ANGLE ON: THE GUILLOTINE

The blade falls–down, down, down–aiming right for the woman–the tender flesh of her exposed neck—faster– faster–until: THE SCREEN SPLASHES BLOOD RED. A SICKENING CRUNCH, followed by a dull THUD.

Eloquent and brash, Doug Wright’s character description draws a parallel between the manic energy of the Marquis de Sade and the bloody execution occurring outside his window. We have been introduced to a man possessed.

The screenplay for Quills, like the writings of the Marquis himself, is strong and expressive. Doug Wright paints a lively picture, one suffused with a constant feeling of sexual energy.

The tone is suggestive as it tells the story of a deviant constantly walking the thin line between decency and decadence.

From the opening paragraphs, Wright teases us as he brings the story into focus. He uses contrast, first hinting at the pleasures of unrestrained sex, and then, like the guillotine blade he describes, replacing the dreamy picture with a more sinister one.

The hypnotic voice of a master story-teller:

Dear Reader…I’ve a naughty tale to
tell, plucked from the pages of
history. Tarted up, true, but
guaranteed to stimulate the senses…

Rising into the frame, a YOUNG WOMAN’s FACE. Her hair whips
about in the wind; her face is brittle…beautiful…and as
engimatic as St. Theresa. Is she in ecstasy, or in pain?

THE MARQUIS (V.O.)
The story of Mademoiselle Renard, a
ravishing young aristocrat, whose
sexual proclivities ran the gamut from
winsome to bestial. Who doesn’t dream
of indulging every spasm of lust
feeding each depraved hunger?

MALE FINGERS appear at MADEMOISELLE RENARD’s collarbone;
they start to trace the delicate curve of her
neck; her decolletage…MADEMOISELLE seems to writhe, to twist…

THE MARQUIS (V.O.) (CONT’D)
Owing to her noble birth, Mademoiselle
Renard was granted full immunity to do
just that, inflicting pain and pleasure
with equal zest, until one day–

Suddenly, ANOTHER FACE enters the frame; a BRUTISH FIGURE
WITH A NEANDERTHAL FACE in a roughly sewn leather hood.

THE MARQUIS (V.O.) (CONT’D)
Mademoiselle found herself at the mercy
of a man whose skill in the Art of Pain
exceeded her own.

The WOMAN’s eyes flare with fear. There’s no question as to
her emotion now; she is terrified. The DARK FIGURE
forcefully pulls down her dress, revealing the pale skin of
her shoulders.

ANGLE ON: THE WOMAN’S HANDS. The MAN secures them behind
her back, and tightens leather bindings around her arms;
they cut into her flesh. He gathers her hair gently in his
gloved hands, then–viciously–he yanks her head back.

ECU: THE WOMAN’S FACE. She gasps, her eyes thrust upward.

She’s in a courtyard of some kind. And–in an enormous
tower, standing behind a barred window, the SHADOWY FIGURE
OF A PRISONER, his hands in irons.

In Quills, Wright presents the Marquis as a prisoner. His quill, the instrument responsible for his incarceration, has sent shock waves throughout late 18th century France, a country embroiled in a revolution.

Wright uses a clever transition to show how news of the Marquis’s latest shenanigans reach the Emperor’s palace.

A BLACK MARKETEER pries the lid off with a crowbar.Inside,
stacks of newly-bound volumes embossed with the title Justine.

BLACK MARKETEER
This just in; the very latest from the
Marquis de Sade!

WELL-DRESSED CUSTOMERS snake their way down the grimy
street. The MEN hide their faces behind high collars; the
WOMEN wear veiled hats. Money changes hands; books fly from
the box. Trade is brisk.

A CROWD has secretly gathered: a MILLINER, a BLACKSMITH, a
BUTCHER, and a SOCIETY FOP, to name a few. A STREET URCHIN
keeps an eye out for passing police. The FOP reads from the
book in a loud whisper:

FOP
“Our story concerns a nymph named
Justine, as pretty a maid as ever
entered a nunnery, with a body so firm
and ripe, it seemed a shame to commit
it to God…”

CLOSE UP: THE BOOK as THE FOP’S VOICE bleeds into another,
more stentorian ONE:

VOICE (O.S.)
“One morning, the Bishop placed his
hand upon her thigh. ‘Holy Father!,’
cried she, ‘I’ve come to confess my
sins, not commit them anew!'”

PULL BACK TO REVEAL:

DELBEN…
“HEEDLESS, THE OLD PRIEST TURNED HER
OVER ON HIS KNEE AND LIFTED HER SKIRTS
HIGH ABOVE HER HIPS, EXPOSING THE PINK
FLESH OF HER BACKSIDE. THERE–BETWEEN
THE ORBS OF HER DIMPLED ASS–LAY A
BLUSHING ROSEBUD, BEGGING TO BE…
plucked.”

DELBEN… (CONT’D)
“Before Justine could wrestle from his
grasp, this most ungodly man took a
communion wafer–the body of our Lord
Jesus Christ–and placed it on the
girl’s twitching orifice–“

DELBEN… (CONT’D)
Must I, Your Majesty?

The PAINTER, THE SCULPTOR and THE TAILORS are on tenterhooks;
NAPOLEON merely arches an eyebrow.

DELBEN… (CONT’D)
“As he loosened his manhood from beneath his
robes, The Bishop muttered a Latin prayer. And
then–with a mighty thrust–drove it into her
very entrails–“

THE EMPEROR grabs the book from DELBEN….

NAPOLEON (CONT’D)
Seize every copy; we’ll torch them
all on the palace lawn, in full
public view.

NAPOLEON tosses it into the fireplace. For a blistering moment, we
see the book’s title: Justine, by Anonymous. It explodes into a
ball of flame.

NAPOLEON (CONT’D)
As for the author…shoot him.

DELBEN…
A word of caution, Sire: we all remember what
happened to Robespierre, Danton and Marat. Put
the Marquis to death, and history might even
regard you as a despot.

NAPOLEON
But I am history.

Wright heightens the drama in the story by showing how the Marquis’s latest masterpiece has bubbled up all the way to the leaders of France. His writings are not just causing a stir. They are also enraging Emperor Napoleon, who describes himself as being “history”. This lays down the foundation for a riveting drama, a David vs. Goliath story, that will unfold in the subsequent pages.

The world of the story is buried two centuries in the past. This gives Wright the freedom to take liberties in  describing the world in which his characters struggle. So instead of bland paragraphs, Wright describes  the Marquis’s world with striking imagery of the people who populate it. Consider these passages.

MALE FINGERS appear at MADEMOISELLE RENARD’s collarbone;
they start to trace the delicate curve of her neck; her
decolletage…MADEMOISELLE seems to writhe, to twist…

The WOMAN’s eyes flare with fear. There’s no question as to
her emotion now; she is terrified. The DARK FIGURE
forcefully pulls down her dress, revealing the pale skin of
her shoulders.

Near-by, the BODIES OF FRESHLY KILLED ARISTOCRATS are
tossed–like refuse–into a cart. MEN stand among the
dead, foraging for stray riches. An OLD HAG wrestles to
pull a gold ring off a wayward, stiff hand.

CLOSE UP: THE WOMAN’S FACE in shock. A DROP OF BLOOD lands
on her cheek from above.

What is this world? Gauging by Wright’s words, a violent one. But instead of broad descriptions, Wright uses verbs to help us see this world. As we read, we conjure up tight shots that reveal the fear this world inspires. We see faces, drops of blood, fingers ready to do harm. The world itself isn’t so much violent as its people, the kind who cheer on public executions. Wright helps us understand this with his skillful writing.

In Quills – a story about a man imprisoned for writing sexually suggestive stories – the theme is clear.

Sitting in his chair, writing furiously, the Marquis de Sade, is us. He’s bold, eager, and unapologetically human. He yearns to be free, and his story is all too common throughout the annals of history; people being persecuted and denied the freedom to be themselves. It’s a cause that anyone can identify with.

This is a screenplay about a man who is fighting against oppression. The obstacles the authorities put up against him to stop him from writing books and sneaking them out to a hungry public only encourages him further. In the first ten pages, Wright gives us a glimpse of the clandestine manner in which the Marquis de Sade uses to prevent himself from getting caught.

MADELEINE’S POV: The PRISONER–over a decade older–is
still hunched over his desk, composing to his heart’s
content. His silk robe is tattered, and his wig is thin
with age.

A bundle of sheets tumbles out the trap. MADELEINE kneels.
There’s something bulky hidden in the cloth: a manuscript,
written in an ornate hand.

VOICE OF THE MARQUIS (O.S.)
(mellifluous and low)
Careful. The ink’s still wet.

The peephole slides open from inside; a single eye stares
out, bloodshot and reptilian.

MADELEINE smiles a mischievous smile, then moves on her
way.

By using Madeleine’s point of view, Wright gives us our first glimpse of the Marquis de Sade’s first interaction with another person, although Wright denies us a full picture.  The Marquis is a man who has learned to speak in hushed tones. Inside his cell, he is not the only thing locked up. It is also his desire to speak openly, a common desire shared by humanity, to a world eager to listen. In the subsequent pages, the reader will see how that desire will be let loose and the consequences that will ensue.

In sum, Quills is a great screenplay that follows the five rules in its first ten pages in a most effective manner. 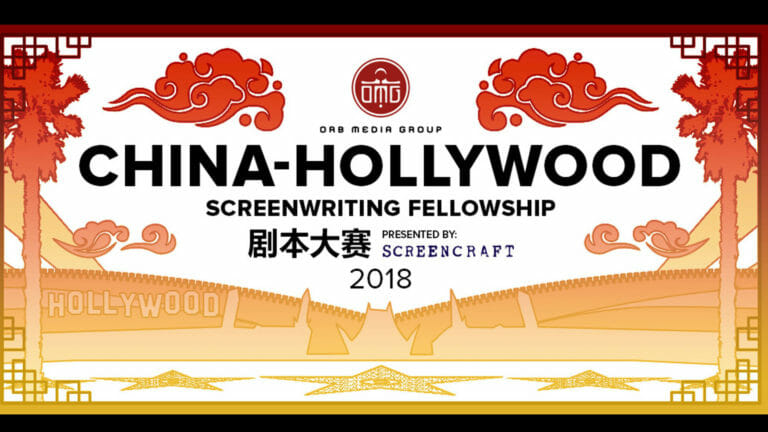