Few contemporary authors have made as profound an impact on literature as Cormac McCarthy. From seminal classics like Blood Meridian, to the Pulitzer Prize-Winning The Road, there are few alive that can match the author’s elegantly descriptive, yet structurally minimalist prose. McCarthy rarely gives interviews or openly discusses his work, although ScreenCraft’s Ken Miyamoto recently managed to dig up a few rare pieces of advice for writers.

Outside of his novels, McCarthy has tried his hand at other mediums as well, including brief forays into playwriting (The Sunset Limited) and screenwriting – though often to mixed results.

In 2013, McCarthy wrote the script for Ridley Scott’s critically divisive The Counselor, though most would agree that the final result failed to captivate in the way that McCarthy’s best work often does. Though few would call the final result uninteresting, it remains a testament to the idea that screenwriting is a craft unto itself – one with its own particular rhythm.

Perhaps that’s also the reason so many proposed adaptations of McCarthy’s novels have proven so difficult to adapt. Before 2007’s Academy Award-Winning No Country For Old Men, the author’s relationship with Hollywood was problematic to say the least, with only the much-maligned, Brad Pitt-starring All The Pretty Horses managing to make its way to the big screen. But when the author turned his hand instead to a modern-day western told in the style of classic film noir, he managed to craft a story that was perfect fodder for the big screen.

In fact, McCarthy himself originally wrote No Country for Old Men as a screenplay before rewriting it as a novel when it failed to catch on in Hollywood. Before its publication, it drew the attention of the Coen Brothers, who adapted the book themselves before directing what is widely considered to be one of the best crime films of the new millennium.

In celebration of No Country for Old Men’s ten year anniversary, we’ve posted a script-to-screen video breakdown to The Script Lab’s YouTube channel. In it, we take a look at one of the film’s most memorable moments – a nail-biting coin toss between the elusive Anton Chigurh, and the unsuspecting owner of a local gas station.

Above all, this video should serve as a reminder that even the best screenplays function primarily as blueprints, and that the process of bringing those words to life is a process of adaptation in and of itself. Here, we see the impact that cinematography, editing and – most noticeably – performance has on the final product.

Try reading through the scene without picturing Jarvier Bardem as Chigurh, for example, and you’ll see just how much his presence adds to the proceedings. The same could be said for Roger Deakins’ stark imagery along with Coens’ own direction – not to mention the scenes razor-sharp editing.

That’s not to say the scene as written is lacking in tension and subtext. On the contrary – it’s so finely crafted that it invites and encourages creative collaboration and bold ideas.

The lesson? Screenwriting should be specific enough to communicate vision, yet open enough to foster inspiration. 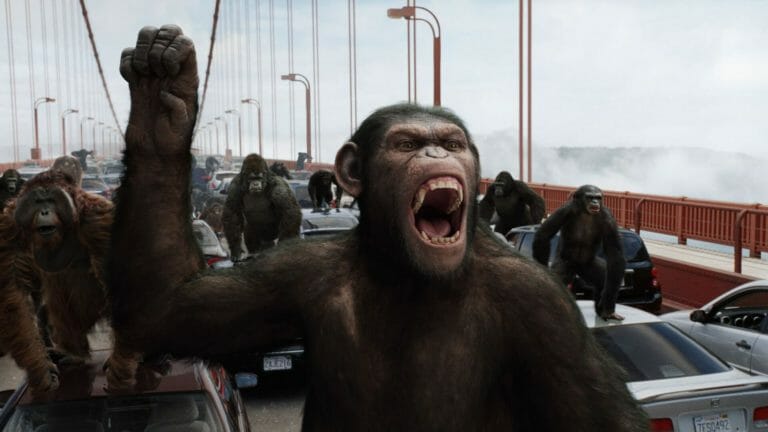