Screenwriting is unique among all kinds of writing, because there’s a very particular set of terminology that goes with it. Of course, you could say that about any type of writing, whether it’s poetry, journalism, or a number of other specialties. But screenwriting almost has its own type of language which one needs to know to truly master it. Can you imagine starting a script without being aware of what “slugline,” “intercut,” or “V.O.” mean?

To complicate matters further, there are even more expressions to know when you get into story craft. Nowhere is this more evident than in the TV writers’ room, as a discussion prompted by Elementary writer Robert Hewitt Wolfe on Twitter recently showed. For those of you out there working on pilots and specs, trying to get that first gig in television, here are a few of those terms you should know ahead of time. They won’t necessarily make you a great writer, but they’ll make you a smarter, more professional one, and better equipped to speak up in your first writers’ room.

This is probably one of the most basic examples of this, which most TV writers should already know about. Also known as a “bottle show,” a bottle episode takes place primarily in one location or on a single set, primarily with the central cast. This use of confined spaces is often an impetus to get the characters to confess something about themselves, or to open up emotionally. Recent examples of note include Breaking Bad’s ”Fly,” Mad Men’s “The Suitcase,” and Community’s “Cooperative Calligraphy,” which references the term heavily. A sub-term is “breaking the bottle,” in which an episode spends most of the runtime on a single set but needs to use one additional location.

Mostly used in comedy, a Gilligan cut, also known simply as a “Gilligan,” refers to a cut which contradicts what we’ve just seen. Dating back to Gilligan’s Island, where the device was often used for humorous effect, it’s a pretty efficient way of visually doing a set-up/punchline. For instance: “Gilligan is fixing the boat right now.” CUT TO: Gilligan accidentally setting the boat on fire.

Also sometimes called an “expodump,” an infodump is any block of exposition that a character lets out in one big dump. Wolfe uses the phrase “chowder spout,” likening the practice to spouting out a gloopy, thick stream of chowder. It’s a gross metaphor, but it’s also a sloppy tactic, to be avoided whenever possible.

Chekov famously pronounced that, “If you say in the first chapter that there is a rifle hanging on the wall, in the second or third chapter it absolutely must go off. If it’s not going to be fired, it shouldn’t be hanging there.” In television, this trope means that anything you set up earlier in an episode, must then be paid off later. Basically what Chekov is saying is that if something isn’t essential, you shouldn’t include it, otherwise you’re just wasting everyone’s time.

Wolfe claimed on Twitter that this, um, charming idiom was coined in the room for Elementary. It references a suspect who couldn’t have done the crime because they were doing something else so embarrassing, they wouldn’t admit it if they had any other choice. It’s primarily useful for procedurals, where interviews with a range of potential perpetrators are part of the show’s fabric.

Dating back to The Silence of the Lambs, this term refers to a bait and switch in which characters catch what they are chasing, only to have it be the wrong thing. For example, a truck is pulled over, it’s supposed to have explosives in it, instead it’s full of ducks. Another animal metaphor, the expression spring-loaded cat basically means the same thing, referring to a scene where all the cues point to a surprise that never comes, and the tension ends up getting broken by the proverbial cat. This trope is often used in movies too, such as the 21 Jump Street adaptation, wherein the protagonists believe they are about to witness cars explode twice, only to have a literal truck full of chickens explode in front of them instead:

This one dates back to pro-wrestling, where the bad guys were historically called “heels.” The “turn” occurs when the good guy is revealed to be a bad guy, or vice versa (a “heel/face” turn.) The other version called a “Zuko,” is the “heel/face revolving door,” in which a character swings back and forth between being good and bad, i.e. Spike on Buffy the Vampire Slayer.

“Irving the Explainer” can be any character who explains confusing or mysterious plot threads. Usually, this happens when the episode is almost over, with only an act or so to go before things have to get wrapped up. One Twitter user also called this device “Eve Explanation,”  after the character on Angel.

This is another comedy term, sort of like the Gilligan cut. The difference is with this one, the payoff to the joke is not the reverse of what we thought it would be, but the logical conclusion. The term dates back to Laverne and Shirley, where it might be used like: “Where are we going to find someone stupid enough to take the blame for setting the apartment on fire?” DING-DONG. Lenny and Squiggy show up at their door. Whenever a character or something else shows up right on time as a perfect solution to the protagonist’s problem, that’s a ding-dong.

The potato pitch is so-called because it provides nourishment in a pinch but it’s not enough to sustain you. In story terms, it’s an idea that solves a problem, but only temporarily. Potato pitches are usually placeholders, and often bad ideas which get tossed out as soon as something better comes along.

You can point to any number of sci-fi shows and movies and find examples of this one. In dramatic writing, a “deus ex machina,” which translates roughly to “god from the machine,” is any plot device which conveniently gets characters out of a problem, often suddenly and with little explanation. A “geek ex machina” is the same thing but with a particular focus on technology. Any occasion where nonsensical technical jargon is used as an explanation or presented as a solution qualifies. For example, see: the Teselecta on Doctor Who, or as haters love to point out, much of the cringe-worthy, techno-babble on Star Trek.

Game of Thrones fans will be familiar with this one. Sexposition is of course exposition that is masked by sex in either the foreground or the background, usually used to prevent the viewer from tuning out. The camel-related terminology, meanwhile, dates back to Humphrey Bogart, who legend has it is quoted as saying, “If I ever have exposition to say, I pray to God that in the back of the shot they’ve got two camels fucking.” 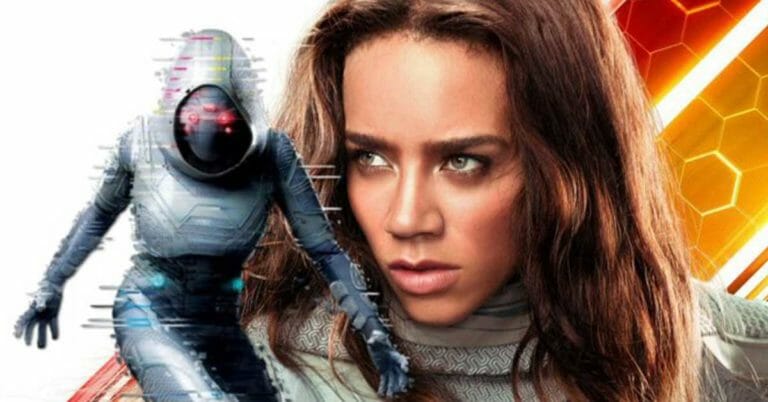 10 Musicals That Should Be Made Into Movies