I know, I know, I know. I’ve heard it all before. “Selling a script is impossible. It just doesn’t happen. I don’t know anyone in the film business so I have no chance at all. It just isn’t fair. I’m just not a lucky person.”

Well, selling a screenplay does happen. But – (here it comes) – truth be told, selling a script is like winning the lottery. Some people do win the lottery and some writers do sell their scripts.

Keep your sanity! Remain focused! Remember that your screenplay has three potential goals:

2) to get optioned and/or produced

3) to serve as a writing sample for future work

So, here are ten steps to selling your spec script…

1. Write a great script. Okay, this sounds obvious, but often my Su-City Pictures’ clients and students have said to me, “If this awful movie I just saw was actually made, why should I work so hard on my script?” The answer is this: the competition and odds are indeed staggering, so put your best work out there. Your script is your calling card and it reflects your writing talent. Your script should demonstrate that you know the craft – this means it should have a strong voice, developed characters, solid structure, and follow the genre conventions. It’s nearly impossible to resubmit a rewrite of the same script to an agent and/or company once that script has been rejected.

2. Write an attention-grabbing query letter. Research and query production companies, studios and talent (actors, directors, producers) that are a good match for your script.

3. Compose a strong synopsis. If film industry folks respond positively to your query, you may be then asked to send a one-page synopsis with or without your script.

4. Prepare a great pitch. Once an agent, manager, production company and/or studio has read and liked your script, you may be called in to meet with them at which time you will be asked to pitch. There are other opportunities to pitch such as pitch festivals.

5. Network. You’ve heard the joke: “What’s the best way to Carnegie Hall? … Practice. Practice. Practice.” What’s the best way to break into the film business? “Network. Network. Network.” Writing is solitary, but the film industry and getting your script made into a movie is all about whom you know and the people you meet. No matter where you live, find a way to make personal contacts with industry professionals. Attending script conferences, workshops, and film festivals are good ways to make connections, as well as social media.

6. Educate yourself about the film business. Being savvy about the film industry makes you more appealing to potential agents, production companies and/or studios. Keep up-to-date by reading the trades, and screenwriting and film publications. This is a good way to learn who’s looking for what in order to help you target the right people for your project.

7. Script Competitions. Winning a competition is a good method to get your script noticed. Competition winners are often listed in trade publications and this can grab the industry’s attention. Having a winning credit attached to your script can give you the needed edge over the competition.

8. Grants and fellowships. It’s important to seek every possible opportunity to get your work noticed. There are numerous private and government grants and fellowships available for screenwriters. Listings can be found in film and screenwriting online and print magazines. Receiving funding is a win-win situation. It’s not only advantageous for your wallet, but it’s also an impressive credit to add to your résumé. Additionally, there are numerous artists’ colonies throughout the country that provide screenwriters a quiet place to work as well as an opportunity to network with other screenwriters and filmmakers.

9. Be Patient. If you are asking yourself: “Why do I need to put so much effort into making my script perfect when I keep reading and hearing stories about producers, directors, and studios rewriting and often ruining screenwriters’ original scripts?” – the answer is: Your script is your calling card! Yes, it’s true, scripts often do get rewritten by others and the results are often disastrous. But, don’t use this as an excuse not to make your script the best it can be. Your script is a reflection of your writing talent. You must put all your effort into making your script perfect. If you feel that a production company or studio will “buy your idea and fix it,” do a rewrite. If you haven’t done a good job, you will be quickly replaced with another writer, and companies do not want to invest development money to hire someone else to do a rewrite. Most importantly, you don’t want to be replaced. Your goal is to be the only writer of your project and to receive screen credit.

10. Persevere. Being in the film industry means developing a thick skin.  When a door closes, go to the next one and the next one.

The more you can improve your writing, educate yourself about the business, network, and develop patience, the more empowered you will be and in turn, the better chance you will have in selling your script.

Award-winning screenwriter and filmmaker Susan Kouguell teaches screenwriting at Purchase College, SUNY and is chairperson of Su-City Pictures East, LLC, a motion picture consulting company founded in 1990 where she works with writers, filmmakers, and industry executives worldwide. (www.su-city-pictures.com). Her short films are in the Museum of Modern Art’s permanent collection and archives, and were included in the Whitney Museum’s Biennial. Kouguell was a story analyst and story editor for many studios, wrote voice-over narrations for (Harvey Weinstein) Miramax and over a dozen feature assignments for independent companies. Susan’s latest book SAVVY CHARACTERS SELL SCREENPLAYS! A comprehensive guide to crafting winning characters with film analyses and screenwriting exercises, is available at $1.00 off on https://www.createspace.com/3558862 using DISCOUNT CODE: G22GAZPD. On Kindle (discount code does not apply). Follow Susan at Su-City Pictures, LLC Facebook fan page and SKouguell on Twitter, and read more articles on her blog. 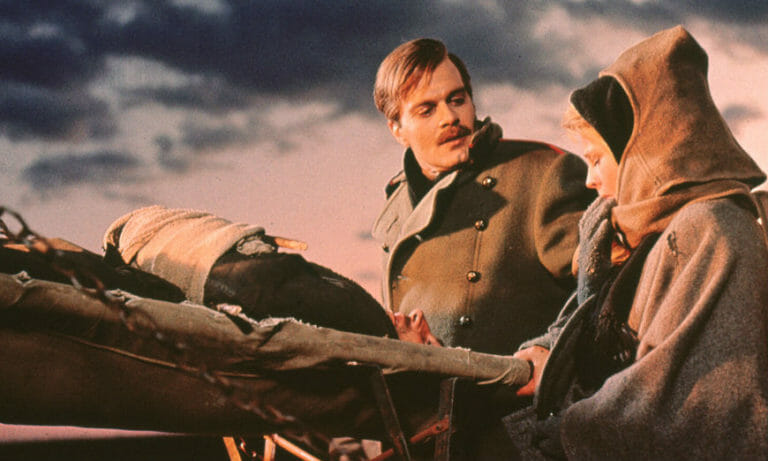 The Top 10 Films About Music and Musicians