Every filmmaker has their own style — an aura, tone, voice — a glow.

NEON is an award-winning independent production and distribution company founded by Tom Quinn and Tim League (co-founder of Alamo Drafthouse) in the months leading up to the 2017 Sundance Film Festival. NEON is a label that pushes the boundaries of film conventions by providing diverse filmmakers with a platform to showcase their most eclectic works of passion.

NEON shines a light on internationally acclaimed independent films and documentaries. In only a matter of a few years, NEON has been involved with over 80 films that have received 18 Academy Award nominations.

“I always describe Neon as this very organized, highly-attuned, and well-functioning amoeba. We’re just a group of cinema lovers who never compromise in what we believe in. Everything we do is absolutely driven by our view that this is the best cinema the world has to offer, and we must be a part of it.”

Like moths to a bar sign, there’s a vibrancy and electricity to the films NEON champions — worlds that audiences can enter where the characters take on lives of their own. Here are some attention-grabbing screenplays that’ll leave you mesmerized by their glow.

The film that put NEON on the map was I, Tonya. Neon was only around for six months before they championed the Steven Rogers penned feature.

“We were under a tremendous amount of pressure to play it safe, but very early on we chose to approach the film creatively in a way that made sense to us – we did little things like launching a red band trailer in the heat of an awards campaign – ideas that were offbeat but were ultimately validated with three nominations in both the Golden Globes and the Oscars and a win in both for Best Supporting Actress for Allison Janney.”

Rogers watched a documentary on Tonya Harding and certain things like truth vs. the perception of truth, family, and class really resonated with him. It made him look deeper into her story. He went about seeking the rights to her life story and was delighted to find her agent was living in a Motel 6. After acquiring her life rights, he met and interviewed Harding and her ex-husband Jeff Gillooly and wrote the script on spec.

Rogers found his way into the narrative when he realized how vastly different the two main characters remembered the story. By presenting both perspectives, he ultimately left it up to audiences to decide.

Screenwriter David Branson Smith and director Matt Spicer got the idea for Ingrid Goes West through their mutual love of social media. They’d send each other memes and stupid videos via Instagram all the time. They then began to compile their discussions on a Google Doc where they’d flesh out the story. The two began meeting every day, writing side by side, scene by scene. It took about a month to finish the outline process. Smith credits Save the Cat as a great resource that helps him along the process.

Smith spoke about their co-writing process at The Los Angeles Film School during a Q&A:

“Eventually, we shifted over to Final Draft and would send revisions over via DropBox. We had a pretty regimented schedule, and at the time, this was the only thing I was doing. This was a total Hail Mary. We would meet for upwards of five hours. We had set goals to make this and held ourselves accountable during the writing process. We also wrote according to what we could produce. A lot of scenes were written to be shot at friend’s places, Joshua Tree, etc.”

While working on Snowpiercer (2013), Bong Joon Ho began to consider his next feature film. A close friend was encouraging him to direct a play, so he began to think about a film with minimal locations. Since Snowpiercer was centered around the theme of class struggle, he chose to center the action for his next film on a rich home and a poor home. He used his real-life experience to fill in the blanks.

“When I was in college, I tutored for a rich family, and I got this feeling that I was infiltrating the private lives of complete strangers. Every week I would go into their house, and I thought how fun it would be if I could get all my friends to infiltrate the house one by one.”

After he finished Snowpiercer, Bong Joon Ho wrote up a 15-page treatment and went on to work on Okja for Netflix. He passed the treatment to his production assistant, Han Jin Won, and asked him to do research for the script. Han jumped on the opportunity and impressed the director after spending several months interviewing housekeepers, tutors, and chauffeurs, while scouting locations in rich and poor neighborhoods for inspiration.

“Everything I was doing, I realized, was about creating a giant library of ideas and details that Bong could draw from when he sat down to write his own version of the script.”

Bong Joon Ho encouraged Han to take a crack at the screenplay. Han wrote three different drafts based on Bong Joon Ho’s feedback. When Bong Joon Ho finished Okja, he returned to what would become Parasite and it was like the floodgates opened and inspiration poured out.

Han Jin Won was surprised when he received the final product and his name was beside Bong’s.

“My hands were shaking when I picked it up. I couldn’t read it on the spot; I had to go hide in my favorite coffee shop and take my time.”

Palm Springs is a romantic comedy about two characters caught in a time loop, but it didn’t start out that way.

Screenwriter Andy Siara and director Max Barbakow became fast friends while attending the American Film Institute. The two took a creative retreat to Palm Springs in June of 2015 where they tossed around ideas for a micro-budget indie they could feasibly pull off. Strapped with debt from film school, neither had the slightest idea of how to do just that.

Instead of working off an outline, the project continued to evolve until Siara got married. He worked many of his own life experiences into the script as they happened. The two filmmakers didn’t work off an outline, which took time. Siara worked on the script over the next three years during his spare time while staffed on the series Lodge 49. Despite lacking direction, he couldn’t shake this evolving story.

“I carried that ignorant confidence forward and started writing, without a real plan or outline. Turns out that’s a super inefficient way to write a screenplay.

There were countless false starts, abandoned drafts, a version that’s one extended bender-montage. I wouldn’t call the exploratory nature an act of rebellion, because that implies that someone cares about what you’re doing; no one was keeping tabs on us. That lack of oversight freed us up to draw inspiration in everything from “The Great Beauty” to “Dumb and Dumber” to “Saving Private Ryan” to Wile E. Coyote and the Road Runner, because — why not? And thanks to this inefficient approach, I eventually stumbled upon a magical cave.”

Spencer is an unconventional biopic written by Steven Knight that centers around a specific moment in Princess Diana’s life. This is a great way to approach biopics — instead of focusing on the entire life of a public figure from birth to legacy, sometimes exploring small moments of time allows us to look deeper. In Knight’s research, he discovered a particular Christmas in 1991 when things unraveled for Princess Diana and the Royal Family.

Although Spencer is a biopic and historical drama based on true events, it also has elements of horror.

“I wanted it to feel like a horror story, because it’s a fairy tale, and most fairy tales are just horror stories with a happy ending. I didn’t want it to be either a medical diagnosis or a horror show in terms of the things that she sees are horrific. We’re seeing the world the way that she sees it. The princess is captured in the scary castle. And she escapes.”

Fiala is Franz’s husband’s biological nephew and went to film school while babysitting. Their personalities for quirky and eclectic humor just melded perfectly. The first film the aunt-nephew duo made together was a documentary on Austrian actor Peter Kern.

The two made a name for themselves working within the realm of psychological horrors, so when they were approached by Hammer Films to direct a screenplay acquired from Scottish screenwriter Sergio Casci — they felt it fit their style perfectly. The two reworked the screenplay extensively, marking their first feature-length English-language film.

Like its namesake, NEON has been a beacon for independent cinema in an otherwise dark landscape of big tentpole franchises. In a relatively short amount of time, NEON has been one of the leading supporters of quality independent film, continuing to prove the demand for prestigious films that take risks. 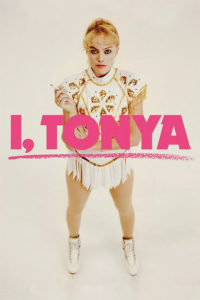 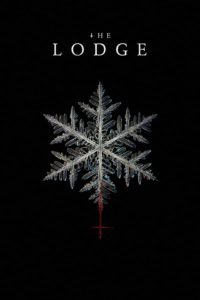