Want to learn how to write a script that features a “big, crazy plan?” Study Spike Lee movies!

Spike Lee movies vary greatly in genre, form, and content, while still utilizing his many trademarked devices in their stories. But one thing that stands out as a clear calling card of his is the idea of the “big, crazy plan.”

This plan might fail or succeed, and it usually has a huge cost associated with it. The ending is usually even bigger and even crazier, thanks to how the plan gets out of hand. However, Lee’s style employs this device in such powerful and diverse ways that you can’t help but be surprised each time — even if you know what’s going to happen anyway.

These big, crazy plans always come from a character that has hit a wall. It could be the pressures of workplace racism or the mental stress that accompanies war survivors, but whatever it is, it changes the person in a way that makes them say, “I have to do something big and crazy.” And that’s where Spike Lee comes in, whether the story’s a historical one or a fiction. With his own brand of drama, comedy, and everything in between, Lee gives us huge narratives with even larger schemes pushing the plots forward.

Be aware that discussing big, crazy plots leaves you with the chance of hearing big, crazy spoilers — so be sure to read these scripts yourself first if you don’t want to risk it!

There are very few Spike Lee movies (or movies in general) that speak to the “big, crazy plan” trope as much as Bamboozled does. This tragicomedy consists first and foremost of a grand plan to “fail on purpose,” something a few hit comedies have in common, like The Producers. However, this script takes things up a notch.

In order to give his higher-ups a slap in the face for their ignorance, Black writer Delacroix hatches a plan to hearken back to a darker time in entertainment history by putting a minstrel show — complete with blackface — on the air. The trouble is that, by trying to make his point, he fails miserably: not only does his boss love it, but the show becomes a financial success as well.

It’s this fact that allows the story to devolve into chaos, but the reality is that the plan was hatched with good intentions. However, the execution led to an outcome Delacroix never wanted or expected. That’s the power of the big, crazy plan.

Not every crazy plan ends in failure. That’s the case for the Spike Lee movie BlackKklansman, which is based on true events that occurred in the town of Colorado Springs in the 1970s.

Desk jockey cop Ron Stallworth — the first African-American detective to serve the town’s force — devises a way to infiltrate the Ku Klux Klan and expose their internal goings-on. The plan definitely runs its course with a few stitches, but the things Ron and his partner Flip set out to do still get accomplished.

This biographical crime film does a lot to add drama and humor to the events that occurred, but all in all, the idea of a Black man becoming a member of the KKK was not a tongue-in-cheek invention or fantasy. Instead, it’s a strange, true history of one man’s experience, captured by Lee’s screenplay.

These Vietnam vets have even more plaguing their minds than the war they survived. They lost their late commander and a stash of hidden gold when they were last in these jungles, but they’ve returned to recover both.

Da 5 Bloods is a Spike Lee movie where the motivations are lofty enough to involve the wrong people and create all the right obstacles to bring about more death. However, the mission isn’t a total loss, and the men that reconvene for this adventure find themselves facing the changes that have made them who they are now — for better and for worse.

As another historical drama, Malcolm X treats the titular character as the hero in an epic poem, with the narrative twisting this way and that to mirror the life transformations that Malcolm X underwent not once, but multiple times. All along that winding path is a number of goals: first, an actual heist, then, the commission of a godly transformation of an entire nation of people.

Eventually, Malcolm X comes to a bigger conclusion: that there’s a way to bring forth unity that doesn’t involve his mentor’s beliefs. When he stands in the way of his former group’s militant and hypocritical views, he eventually gets attacked and killed by the people who wanted him as a mouthpiece. In this story, this historical example of a big, crazy plan, our hero stands in the way of the plan after realizing what that nationalist regime really stood for.

Do the Right Thing

When you think of the quintessential Spike Lee movie, this joint comes to mind.

The thing about Do the Right Thing is that Buggin’ Out didn’t have to create a hare-brained scheme that was big or crazy. His idea was to punish Sal and his local pizza joint for not having Black people on his Italian-American wall of fame. Despite the fact that Buggin’ Out, and so many other characters, overstep boundaries and try to speak where they shouldn’t, it’s the initial animosity Buggin’ Out engenders that makes the whole neighborhood of Bed-Stuy break down into a fiery mess. His resolve to mistreat Sal in such a petty way was a result of his desire to get free food, and for that, he and the rest of the neighborhood paid dearly, with Radio Raheem becoming a key casualty in the night’s riot. The big, crazy plan that comes to fruition in Do the Right Thing is one that’s ultimately unintentional. The idea that was hatched is only the seed for a much bigger and sadder ending for everyone who calls that neighborhood home.

You can’t always get the grandeur elsewhere that you find in a Spike Lee movie. However, you can watch and read his stuff to figure out how your stories can start getting that epic, big-and-crazy feel to them, no matter if your plot happens in a jungle or small town in the 1970s. If you’re ready to learn from the expert on big, crazy plots and bigger, crazier endings, check out this great advice Spike Lee gave film school graduates or read his scripts here! Or if you’re up for some dedicated learning, Spike Lee has a course on Masterclass that is definitely worth a look. 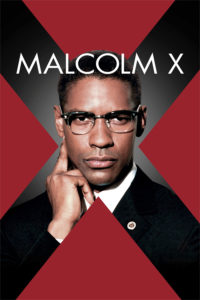