One of the best ways to learn how to write a great TV Pilot is to read and analyze successful pilots. This article takes a close look at the structure, pacing, themes, setup, style, conflict, and beats of the pilot episode of THE MARVELOUS MRS. MAISEL.

When her husband announces that he’s leaving her, a whip-smart housewife stumbles into the cutthroat, male-dominated world of 1950s/1960s stand-up comedy.

How Many Acts in the Pilot Episode?

Since “Maisel” is a streaming show, it doesn’t have the traditional commercial breaks that would signify act breaks. The script is also written without acts. So I’m just speculating here, but I believe “Maisel” is typically a teaser plus five acts. The pilot is different in that the teaser is attached to act one.

The pilot of THE MARVELOUS MRS. MAISEL is unique in that its storylines are chronological. The story follows Midge and Midge alone, so as her journey changes, so does the storyline.

The pilot episode of THE MARVELOUS MRS. MAISEL introduces twelve characters to the audience — most of whom are mainstays throughout the series (to date):

New York City (1958) — More specifically, the Upper West Side. Midge and Joel live in the same building as her parents and live a happy, perfect life. They head downtown every weekend to moonlight as bohemians at the Gaslight Café, but come from comfortable backgrounds and wanted for nothing. The stand-up scene in the 60s was primarily male, and raunchiness or nudity could get you thrown in the slammer.

Midge Maisel gives an incredible speech at her own wedding. The story starts where most romantic comedies end — the wedding — signaling this won’t be the traditional happily ever after arc you’d expect from a young, successful married couple in the 1950s.

The inciting incident for “Maisel” isn’t actually seen onscreen. It’s only mentioned. Because Joel’s lunch meeting runs long, he is unable to get downtown and secure a good time to perform at the Gaslight. This causes the chain of events that includes him bombing that night and ends in him telling Midge he’s leaving her.

The primary conflict in the pilot is between Midge and Joel. Their relationship is crumbling is what causes the plot to progress. Further into the episode, Joel is less of an “antagonist,” and Midge’s “opponent” becomes the idea of a perfect life, and the fact that without Joel, she won’t be able to maintain it.

Completely frazzled, Joel attempts to change up his act on the fly. He bombs in front of a full crowd, including their friends Imogene and Archie — who got a babysitter so they could see his set!

Joel not only tells Midge that he’s leaving her but admits that he’s been having an affair with his secretary, Penny Pan, who can’t figure out how to use an electric pencil sharpener.

Drunk on the wine that was intended for Yom Kippur, Midge ends up on stage at the Gaslight and rants about the mess her life has suddenly become. It’s raw, honest, utterly hilarious, and (gasp!) includes some nudity.

“I don’t mind being alone. I just do not want to be insignificant.” (Suzie)

“Well I’ve been doing it a while. Okay, let’s put it like this: if there was anything else in the entire world that I could possibly do to earn a living, I would. Anything! I’m talking dry cleaners to the Klan, crippled kid portrait painter, slaughterhouse attendant. If someone said to me, ‘Leonard, you can either eat a guy’s head, or do two weeks at the Copa,’ I’d say, ‘Pass the fucking salt.’ It’s a terrible, terrible job. It should not exist. Like cancer. And God.”

[Lenny shrugs, grins, and walks away]

Midge bails Lenny Bruce out of jail and asks him if he loves stand-up. (see above)

Like any good pilot episode, the viewer is left with a strong sense of the protagonist and the world she inhabits, but numerous unanswered questions. The stage is set, the tension is palpable, the journey has begun, and the story is ready to unfold with audiences left asking:

The pilot episode of Maisel is a master class in creating tension, subverting expectations, establishing themes and motifs, and drawing viewers into a series focused around the journey of the protagonist as she struggles against easily identifiable yet cleverly written obstacles. It’s fantastic.

If you have a TV pilot ready to go, submit your script to our friends at the Launch Pad Pilot Competition (January 2021) or 2021 ScreenCraft TV Pilot Competition (July 2021). Both contests feature top industry judges and are renowned for championing writer successes from finalists and winners. And be sure to sign up for The Script Lab weekly newsletter for more pilot breakdowns, industry interviews, and screenwriting tips and free scripts to help take your writing career to the next level. 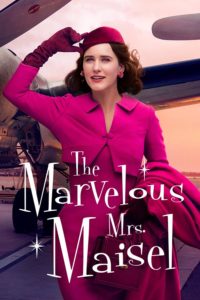 Was 1974 the Greatest Year for Screenwriting Ever?