How to Write a Story with More Than One Protagonist

There are plenty of screenwriters who choose to use multiple protagonists to tell their stories, though it’s often easier to theorize than to put into practice.

That’s where Tyler Mowery comes in, a YouTube creator full of practical screenwriting advice who breaks down complex storytelling techniques into simple and understandable video essays.

He tackled this very topic in one of his most recent videos, offering some great insight into what dual-protagonist stories looks like, as well as how you can incorporate them into your writing. Let’s take a look!

[Oh! And if you want to study the dual-protagonist movies mentioned in this post, download their scripts by clicking on the links!]

What Defines a Protagonist?

We’re used to the single protagonist structure. It’s a simple and effective method to tell a compelling story. John McClane in Die Hard, Indiana Jones in Raiders of the Lost Ark.

So, how can you use multiple protagonists to achieve the same driving force? There are a couple of ways that Mowery highlights.

A screenplay with co-protagonists has a narrative with two or more characters with the same goal that pushes the story together in unison. This is a common storytelling convention for buddy comedies, romantic comedies, and action/adventure. Some popular examples included Butch Cassidy and the Sundance Kid, Thelma & Louise, Lethal Weapon, and Mad Max: Fury Road.

Mowery highlights that the challenge writers face when approaching a story with co-protagonists is “[making] sure both protagonists are different enough, and both remain equally important to the story. Each character takes a different action or approach to achieving the same goal.”

Lethal Weapon is a good example. You have the older detective that just wants to retire quietly who gets partnered with a young wildcard that can’t stay out of trouble. They have to work together despite their conflicting approaches to policing.

‘Butch Cassidy and the Sundance Kid’

A dual protagonist narrative is when two characters with different goals have their own unique transformation. The characters might not be in direct conflict with one another, yet their motivations and ultimate goals are different. Examples include Brokeback Mountain and The Light Between Oceans where two characters make choices that lead them to different resolutions.

This subset of a dual protagonist narrative is the most widely used. The motivations of both characters aren’t blurred because they are opposing forces.

Mowery explains that conflicting protagonist narratives are when “the audience roots for and follows two protagonists who drive the story forward but those characters are one another’s antagonist.”

These types of dual protagonist narratives are very similar to the traditional protagonist/antagonist stories. The only difference being that “each character is driving the story forward at equal strength,” and “the audience closely follows and emphasizes with both characters.”

Mowery uses The Prestige as an example, “The two protagonists start out as friends and turn into bitter enemies. The entire story’s conflict is built upon their rivalry.”

The challenge writers face when exploring conflicting protagonists is to “not shine the spotlight on one character over the other.”

Films like The Hangover, Girls Trip, Crash, and Bridesmaids are great examples. Although the crux of the conflict often centers around one character, the other characters have to come together in order to fix it, despite their conflicting personalities.

Using multiple protagonists to tell your story can be a great way to explore different sides of the same conflict. Though it’s often hard to separate a strong supporting character from a protagonist, sometimes you need an extra perspective to shine a complete light on an issue. Though it comes with its own challenges, the same storytelling techniques apply.

Want to read some scripts with dual protagonists? We’ve got plenty to choose from in the TSL Script Library. (And they’re free to download! 😘) 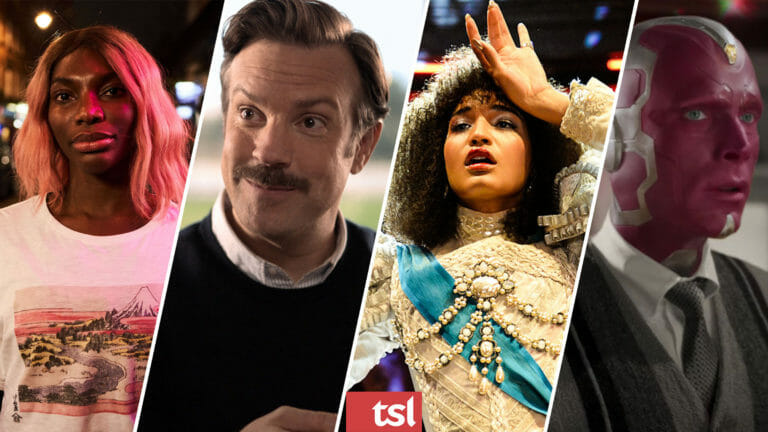 7 Examples of How Great Dialogue Can Reveal Character 10 Questions to Ask Yourself When Revising Your Screenplay