The 10 Best Bruce Willis Films Ever

The news that Bruce Willis was diagnosed with aphasia, a language disorder that affects expression and comprehension, has shocked the film world, for whom he will always be the wise-cracking, be-vested action hero hurtling down lift shafts to wreak havoc on British-German baddies.

Alongside Sylvester Stallone and Arnold Schwarzenegger, Willis was one of the three biggest action stars of the late 1980s and 1990s. However, Willis was always qualitatively different from the over-muscled Stallone and Schwarzenegger. He was a more ordinary kind of action hero (if that’s not a contradiction in terms), with a range of films that runs the gamut from shoot ’em up action to quirky comedy.

Here, then, are the 10 best Bruce Willis films – and his greatest “one-liner”, which will surely live forever in the collective cinematic memory.

Willis was always far better at comedy than either Stallone or Schwarzenegger, most of whose so-called comic performances were unintentional, and that extended to the numerous cameos in which he played himself.

However, his finest cameo by far was in Robert Altman’s great comeback film, The Player, in which he played himself rescuing Julia Roberts from the gas chamber. It embodied all that was great about Willis, as a genuine action man who could also laugh out loud at himself.

Willis made the “Time-Travelling Assassin” sub-genre his own, with two such films making this list. The first is Looper, in which he played an aging contract killer who finds himself being stalked through time by his younger self. Looper’s brilliant conceit is perhaps not fully realized and as a film, it certainly does not compare to his other, truly great “Time-Travelling Assassin” film.

However, it was arguably his last great starring role, in which he actively confronted the reality of being not just an aging man but an aging film star.

Willis’ gift for self-mockery, which he had first displayed in his TV breakthrough in Moonlighting in the mid-1980s, was often exhibited in his later movies, and perhaps no more so than in Death Becomes Her, Robert Zemeckis’ black comedy about a man being fought over by two women who drink an eternal youth potion to prolong their lives and their fight.

Although Death Becomes Her was nowhere near as powerful as Zemeckis’ 1980s classics, in particular Back To The Future, it employed what was then ground-breaking computer-generated imagery, including Willis’ instantly-steamed-up glasses, that won it the Oscar for Best Visual Effects.

It says a lot about Willis that such an action hero could somehow seamlessly fit into Wes Anderson’s ultra-ironic world, but he did in Moonrise Kingdom, in a way that is frankly unimaginable of Stallone or Schwarzenegger.

As a small-island police chief who organizes a troop of scouts to search for one of their number who has gone missing in pursuit of the girl he loves, Willis was able to wise-crack Wes-style with the best of them, once again demonstrating his comic prowess.

Sin City is a neo-noir anthology movie based on the graphic novels of the same name by Frank Miller, the man who did more than even Christopher Nolan to reinvent Batman for the late 20th and early 21st centuries. Willis played a detective trying to stop a serial killer of children from striking again, a narrative that shows Sin City has as much to do with M and German expressionist cinema as it does with the American noir and comic-book traditions.

Willis discovers that the killer is being protected by powerful friends (or even powerful family members), but deploys both forensics and fisticuffs to track him down.

And so we come to the top five, that literal handful of films that even the greatest filmmakers, including film stars, can only hope will be their legacy. The greatest example, of course, is John Cazale, who only ever made six films but five of them (The Godfather I and II, The Conversation, Dog Day Afternoon, and The Deer Hunter) were nominated for the Best Picture Oscar. Willis’ “Fab Five” cannot compare to Cazale’s, but neither can that of any actor.

Nevertheless, Look Who’s Talking, in which Willis “plays” the voice of a baby who can speak in voiceover even before it is born, was both a box-office smash and a genuinely funny screen comedy, in which his laconic, wise-guy patter was all the more pronounced when it came from the mouth of a newborn babe.

Just as Stallone and Schwarzenegger could never have convincingly appeared in a Wes Anderson film, nor could they have ever realistically played a psychiatrist, as Willis did to stunning effect in M. Night Shyamalan’s breakthrough (and still best) film, The Sixth Sense.

It may be more famed for its twist ending, arguably Hollywood’s greatest in recent decades, but that surprise or even shock finale was only made plausible by the utterly convincing depictions, by Toni Colette and Willis respectively, of a mother and a medical professional desperately trying to heal a deeply troubled child.

With his bald head and increasingly beat-up features, Willis was perfect as Butch, a boxer who refuses to throw a fight and then tries to escape, only he has to go back in search of the prized watch that his father left him, with unforgettable consequences for both him and his pursuers.

12 Monkeys is the great “Time-Travelling Assassin” film that Willis made because it is fully realized in a way that Looper just wasn’t. In large part, that is because of its incredible source material, La Jetée (The Jetty), Chris Marker’s Original Cold War thriller (we are surely now living through “Cold War: The Sequel”), which may just be the best short film ever made.

Willis and Terry Gilliam formed an unlikely but effective double act as the director and star of one of the most intelligent Hollywood sci-fi blockbusters ever made, which was as dizzyingly vertiginous as La Jetée in its seemingly realistic depiction of time travel.

“First take, best take” is the mantra of many musicians, but the cinematic equivalent – “First film, best film” – is also often true, as nothing can ever quite match that first screen appearance of someone who will undoubtedly go on to become a star. More accurate would be “First good film, best film”, as Willis had already made a few forgettable films while attempting to transition from TV to the big screen. But it all came together in Die Hard, arguably the greatest Hollywood action movie ever made and certainly the most unlikely Christmas classic.

And for all the thousands of lines that Willis spoke in his many movies, it was his explosive expression after being called a “Cowboy” by Alan Rickman’s terrorist leader that will surely live forever as his cinematic epitaph: “Yippee-ki-yay”. Let’s hope that he can somehow call it out again as he confronts aphasia, a disease scarier than any of the screen villains that he ever faced. 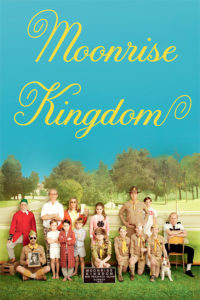 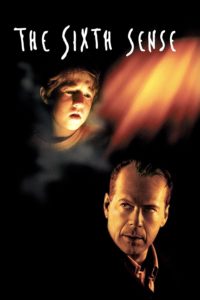 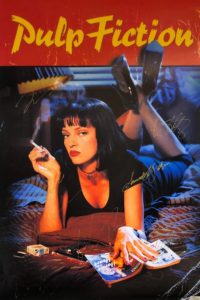