In order to master script format, you’ll need to learn about its basic elements.

Correctly formatting a screenplay may seem low priority compared to coming up with a bankable, highly commercial movie idea that will attract big stars, but getting the script format correct is actually very important. Any producer or manager can tell just by looking at the first page if you know what you’re doing. If something as simple as the formatting is off, it’s likely the structure, character arcs, and climax are off too.

Yes, screenwriting software will absolutely help you with this process. But understanding the purpose behind each element of the format will help you tell your story in the best way possible. While film is a visual medium, meant to be seen on the big screen, the first interaction with your story is always through a reading of your screenplay – words on a page. Be aware that every little bit of ink on that page has a purpose and a function. Every bit of ink you leave off the page is purposeful as well.

Here are the basics of screenplay formatting.

As previously mentioned, this is incredibly important. Under NO circumstances should a writer show a script to a producer or manager/agent that is self-formatted in Google Docs or Microsoft Word. It feels ridiculous to say this because it’s screenwriting 101, but I recently read a screenplay created as an MS Word document and the dialogue margins were completely off (they were WAY too wide, perhaps twice what they should be), meaning the 127-page script (already too long) would likely be at least 150 pages in screenwriting software like Final Draft. This is a huge problem because each correctly formatted page equals one minute of screen time and producers need to know how many minutes the movie will be.

I want to be clear that you don’t need to use Final Draft, but you must use an established screenwriting software if you want to achieve a professional document. These days, there are many good options and some are even free. Do some research and enjoy the benefits of the software that will only help you in a number of ways. I’ve tested at least a dozen (Trelby, Highland, Movie Magic Screenwriter, Writer Duet, etc.) and the learning curve on all is minimal and, from my experience, only takes a few minutes to learn how to use.

Also called scene headings, slug lines tell the reader exactly where the scene is taking place and if it’s day or night. They begin with INT. for interior or EXT. for exterior, followed by location and then DAY or NIGHT. The slug is written in all caps. Here’s an example:

Do not bold the slug line. For scheduling and camera purposes, it’s only necessary to write DAY or NIGHT, not dusk, morning, twilight, etc. If a sunset is crucial to a scene, put it in the description in the action line.

A subheader is an indication that the scene has moved to a new area within an established location. So you could write:

BANKS OF THE AMAZON RIVER – DAY

Here, you are skipping the EXT. Again, the point is to be clear while using as little ink as possible.

These are the short description lines beneath the slug lines that describe what we are seeing. They should be in the present tense with an active voice. Example:

Jane wades into the murky water. A nearby caiman shows its teeth. Jane’s frightened face says she wants to turn back but she musters her courage and goes deeper into the water.

Action lines should not include camera directions. Some writers write “We see…” or “Pan to…” but you really want to let the director or cinematographer decide on those specifics. Just tell us what is happening.

Try to avoid lengthy, action-filled paragraphs as these will turn off your reader. If you have to describe a lot of action, break it up into short two or three-sentence paragraphs or even a single word. You want the reader’s eyes to continuously move down the page as the action happens.

Some screenwriting professors claim that dialogue should be “just the headlines” of what the character is trying to say. In other words, only include the most important parts. If you have a background as a playwright, you know that stage dialogue can be long, flowery, and include monologues. In film, dialogue should be snappy and get to the point. Occasionally a monologue is warranted in film, but rarely.

Keep in mind that the best dialogue contains subtext, or the unwritten meaning behind the words. Just like in real life, we rarely say exactly what we mean. We often dance around what we really want, especially if it makes us feel vulnerable. When a character uses subtext, it adds nuance and deeper meaning to the scene. Subtext can often conceal a character’s secret desire, a want, or a manipulation. Actors love subtext because it allows them to project their own objectives onto the character.

Using (V.O.), (O.S.), or (O.C.) next to a character name is a way to tell the reader there is a provision or special circumstance to the following dialogue. (V.O.) means “voice over,” indicating the character is speaking but is not seen speaking in the scene, only heard. Think of voice over as the character revealing their innermost thoughts to the audience.

(O.S.) means “off screen” and is used when a character isn’t on camera, but their voice can still be heard, perhaps behind a door. (O.C.) means “off camera” indicating the character is part of the scene but not seen on camera at that moment. (O.S.) seems to be more commonly used than (O.C.).

Also called parentheticals, these are short emotional or delivery directions for the actor regarding that specific line. They got the name “wryly” for being an example of a clichéd or overused direction so avoid using the word “wryly.” Use “sarcastic” or “playful” instead. Here are some examples of parentheticals:

Keep your parentheticals to a minimum. You don’t need to give directions for every line, only ones you think the reader may need help with. In general, actors don’t like to be told how to deliver a line, so these are really for the reader. Parentheticals also shouldn’t be longer than one line within the dialogue box. If you’re taking two or three lines to give the direction, just add it in an action line before the dialogue.

There is an implied transition from one scene to another as indicated whenever there’s a new slug line. Adding “Cut to:” isn’t necessary and only takes up much-needed space in your screenplay. But sometimes the writer wants to make the transition have more impact or adhere to a genre trope. Here are some of the most used transitions that are put in all caps and listed on the right side of the page.

This is a hard edit or quick cut to the next scene. There’s no gentle fade or soft music taking you there — instead, the cut is meant to be jarring. This type of transition helps to add importance to the new scene and speed up the pace.

This transition is almost the opposite of a “SMASH CUT.” A dissolve is a slow fade out of one scene into the next, giving the audience a moment to digest what they have just seen and making clear what has just happened is connected to the next scene, though exactly how they are connected may not be clear yet.

This one simply means the action is cutting between two scenes and by putting “INTERCUT” you don’t have to be so detailed with the slug lines.

This means the last scene is visually similar to the next one, showing a thematic connection. If your last scene is Cinderella getting dressed for the ball with the help of mice and birds, you may “MATCH CUT TO” the Evil Step Sisters getting dressed for the ball with numerous maids and seamstresses. You are showing a similar scenario but the characters are defined by the differences (i.e.: one is humble and poor, the other is wealthy and entitled).

This transition means you are fast-forwarding to later in the scene or later that day, likely with the same character. You should mention how much time has passed in the action lines below the transition so the reader isn’t guessing. “TIME CUT” simply means the action in one scene cuts to later in the same location, possibly with the same characters, but not necessarily. “JUMP CUT” seems to be the most popular of the two.

A classic. You use this at the beginning of the screenplay and…

…this one at the end. They both are time-honored transitions but aren’t really necessary these days. Some writers really love to use them, however, so it’s really up to you.

It’s important to use all transitions sparingly, if at all.

The absolute best way to learn proper screenwriting format is to read screenplays from your favorite films. After reading just a few, you’ll be surprised how familiar the format becomes to your eye. The more you read, the more you’ll notice different stylistic choices. Ultimately, you are the master of your screenplay and will likely develop your own style over time. If you see a stylistic choice in a screenplay that appeals to you, steal it if it helps you tell your story more clearly. Also be aware that over the decades, stylistic trends change in screenplays.

The bottom line is that the action and story in your screenplay should be as clear as possible and keep the reader emotionally involved all the way from “FADE IN:” to “FADE OUT.” should you choose to use those transitions. 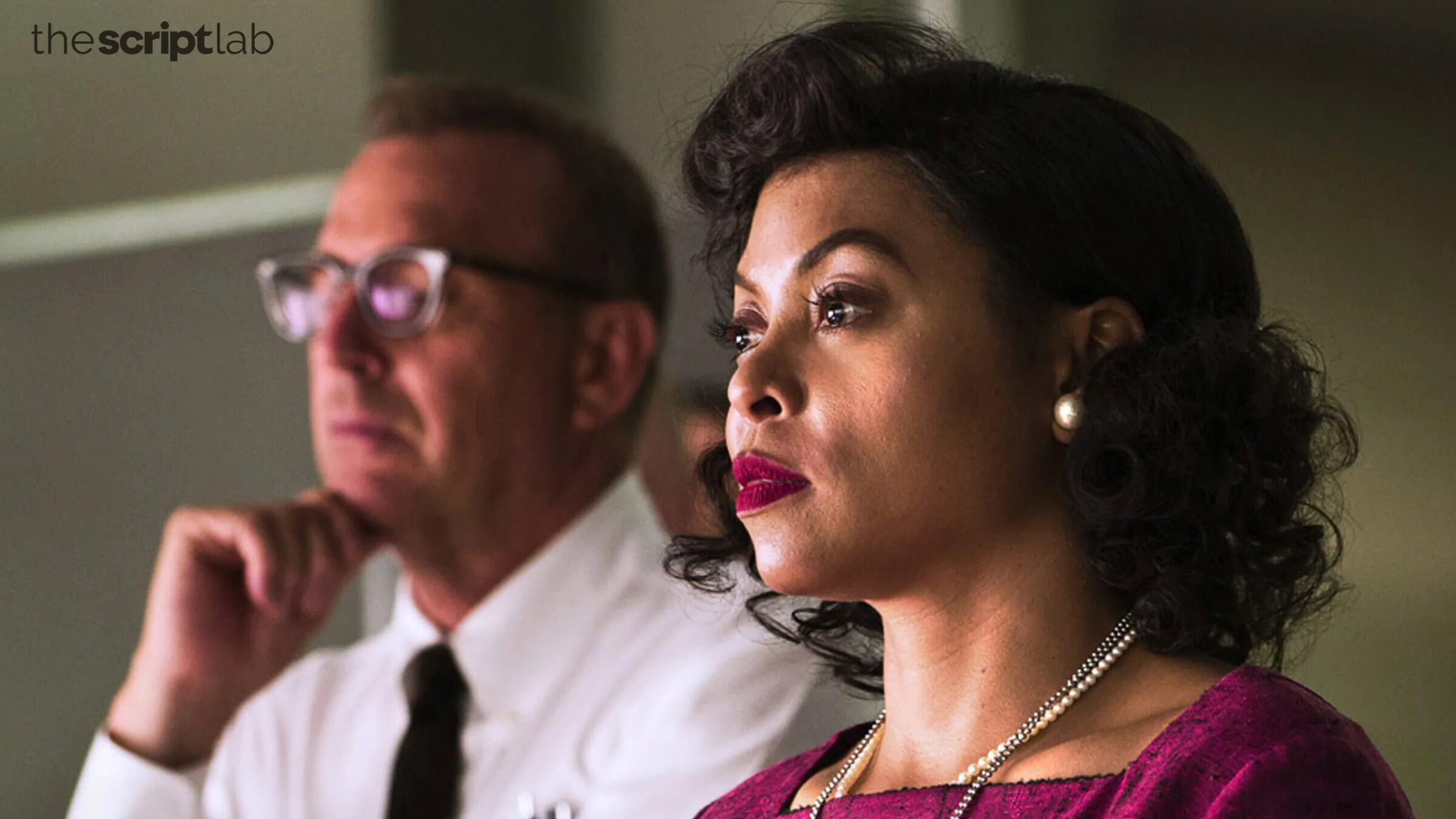