Get ready for a list of the best movies you’ve never seen!

Even in our multiverse age, not all great films can be seen everywhere, all the time, and all at once. Indeed, the reverse is true: there are many fine movies that have almost disappeared from the collective consciousness. Largely that is because, as the recently deceased Jean-Luc Godard famously said, “old films” are often seen in a different light to other old works of art. Whereas old paintings or old books often acquire a “classic” status that allows them to be rediscovered by each new generation, old films are frequently dismissed as being “old-fashioned” or simply lacking in the high-tech production values that 21st-century viewers (especially younger ones) often demand.

That is a shame, because there are many forgotten classics that deserve to be seen, not because of their supposed “historical” value but because they still speak to viewers now – and always will. Here are 10 of the greatest virtually unknown movies that even most cineastes have never seen.

Written by T.E.B. Clarke and Directed by Charles Crichton

The Titfield Thunderbolt is the greatest Ealing comedy that even many Ealing devotees have never seen. It is the story of a town outside London that faces losing its lifeline: its rail link to the capital and the wider rail network. What follows is emblematic of Ealing and by extension the whole post-war British spirit, which so often was socialist without even realizing it. The townspeople club together to run the railway, despite skepticism from the network and opposition from local chancers who want to run a bus service instead. The result is comic bliss and, entirely appropriate for a film about trains, a twin-track climax that, like so much of Ealing’s output, is quietly revolutionary.

Bernard Slade arguably had the easiest adaptation job ever in converting his play into a screenplay, because he does not really “expand” the play at all. Indeed, it would have been almost impossible to do so, given that the action takes place in a log cabin where, once a year, two people who are married to other people meet to relive their one-night stand in 1951. Nevertheless, despite betraying its theatrical origins, Same Time, Next Year is a superb movie, retaining the play’s marvelous dialogue while depicting the changing decades by showing stills of movie stars from Alan Ladd to Mark Hamill.

Written by David Wood, based on the book by Arthur Ransome, and Directed by Claude Whatham

The Swallows and Amazons film in question is the 1974 original and not the risible 2016 remake, which unforgivably tried to “sex up” the original novel by introducing a sub-plot involving spies. The remake’s makers justified their rewriting of arguably the greatest children’s book ever written on the basis that Arthur Ransome himself had been a spy, possibly for both Britain and Russia. However, that story should have been a film in its own right and not shoehorned into any adaptation of the book.

The original Swallows and Amazons film is faithful to the novel and as such, it may be the greatest film about childhood ever made. If that sounds like the highest of praise, then it is entirely deserved, as the film, just like the book, captures the truly magical quality of childhood when setting sail on a lake is a journey that seems to last forever — and in memory it does.

Written and Directed by Louis Malle

Le Feu Follet is the great French new wave film that nobody (or at least relatively few people) has ever seen and it is also possibly the best film about suicide ever made. It tells the tale of Alain, an alcoholic who, after attending a rehabilitation clinic, remains afraid to return to the “real world” (i.e. the world that drove him to drink). When he does return, he finds it is even worse than he had remembered and eventually takes his own life.

The music of Le Feu Follet is particularly powerful, as it is the music of Erik Satie: the deceptively simple piano pieces that are the unacknowledged soundtrack to the 20th century. Satie’s music has been used in many films, but never better than in Le Feu Follet. Its slow, yearning cadences are the sonic embodiment of the serenity that Alain seeks but realizes he will never find.

Written by Bo Goldman and Directed by Alan Parker

That Shoot The Moon is almost forgotten about today is especially shocking as it is part of not one but two imperial phases by great filmmakers. It is one of the finest works of director Alan Parker (Bugsy Malone and Midnight Express) and the completion of the “Insanity Trilogy” by screenwriter Bo Goldman, who had earlier adapted One Flew Over The Cuckoo’s Nest and written the superb Howard Hughes drama, Howard and Melvin.

Shoot The Moon may be the best film ever made about divorce, showing how a previously loving couple, played by Tom Finney and Diane Keaton, begins to fall apart: in the immortal words of John Updike, “first slowly, then suddenly”. It is beautifully written, shot, and performed, and one of the most mystifying box-office failures of all time.

Written and Directed by Bill Forsyth

In the early 1980s, Bill Forsyth was effectively a one-man Ealing Studios, except that he worked in post-Thatcher working-class Scotland rather than post-war middle and upper-class London. He made three masterpieces: Gregory’s Girl (1980), Local Hero (1983), and Comfort and Joy (1984). But Forsyth’s career began with a film that even most of his fans have never seen – That Sinking Feeling.

The tagline summed it up: “Eight Teenagers, Ninety Sinks And The Crime of the Century!” The teenagers included four actors who would illuminate Forsyth’s later films; the stainless steel sinks are the target of their “heist”; and the Crime of the Century is anything but, as the teenagers’ best-laid plans “gang aft agley” (go wrong), to quote Scotland’s national poet Robert Burns.

Written by Fred Haines and Joseph Strick, based on James Joyce’s novel, and Directed by Strick

Ulysses is one of the greatest novels of the 20th century. It is also the ultimate “unfilmable” book, but Joseph Strick’s 1967 adaptation is a noble attempt to prove otherwise. At just over two hours long, it is a necessarily condensed adaptation, but that should not detract from its own high quality.

The finest element of Strick’s film is its cast. A young Milo O’Shea is the definitive Leopold Bloom; Barbara Jefford is suitably sensual as his wife, Molly; and Maurice Roëves is outstanding as Joyce’s avatar, Stephen Dedalus. Indeed, they are so perfect that if you read the book after seeing the film, they are the Leo, Molly, and Stephen that you forever picture in your mind’s eye.

Written by Boris Pasternak and Grigori Kozintsev, and Directed by Kozintsev

Outside of “The Murderers’ Row” of writers who David Simon assembled to write The Wire, Gamlet (Russian for Hamlet), may have had the finest screenwriting team ever assembled. Director Kozintsev not only had Shakespeare, the greatest writer ever, to draw on but his own compatriot Boris Pasternak, author of Doctor Zhivago and translator into Russian of many classic novels and plays.

Gamlet also has the on-screen genius of Innokenty Smoktunovsky, who no less an authority than Laurence Olivier said was the greatest ever screen Hamlet. Along with Kozintsev’s roaming camerawork, Smoktunovsky’s cinematic soliloquizing brings to life this Soviet Shakespeare, showing that Communist Russia was as much a police state as the play’s original setting, Elizabethan England.

Written by Lawrence D. Cohen and Mardik Martin, and Directed by Martin Scorsese

Martin Scorsese is probably the greatest director of the late 20th and early 21st centuries, having long outlasted his original 1970s contemporaries. Nevertheless, even his own enormous reputation has not secured a similarly enormous audience for ItalianAmerican, a documentary about his parents, which, fittingly for a film about Italian-American life, takes place over dinner at their apartment.

The title is a summation of Scorsese’s own dualities – Italian and American; old and new – and the film is one of the best “home movies” ever made, especially as it ends with the recipe for Ma Scorsese’s fabulous-looking meatballs, which is a post-credit “reveal” that outdoes anything in the MCU.

Sight and Sound: The Cinema of Walter Murch (2019)

Written and Directed by Jon Lefkovitz

Aside from being one of the greatest editors in film history, Walter Murch can also teach screenwriters a thing or two about the craft. He was initially a sound editor, so it was appropriate that when Francis Ford Coppola found himself unable to complete The Conversation (1974), the small-scale surveillance drama that he filmed between the two Godfathers, he left it to Murch to finish.

But Murch has achieved much more than that, as Lefkovitz’s superb documentary shows. Moreover, he convincingly argues that, as the film’s title suggests, sound is just as important in cinema as sight, if not more so, which every screenwriter and filmmaker should always remember.

Although the other films I have mentioned may be hard to track down, this one is not. Check out my Script Lab interview with Lefkovitz, which contains a link to the film.

Happy hunting for all the other films on this list and the other undeservedly forgotten classics of cinema.

Want to watch more of the best movies you’ve never seen? Check out our list of movies too many people haven’t seen. 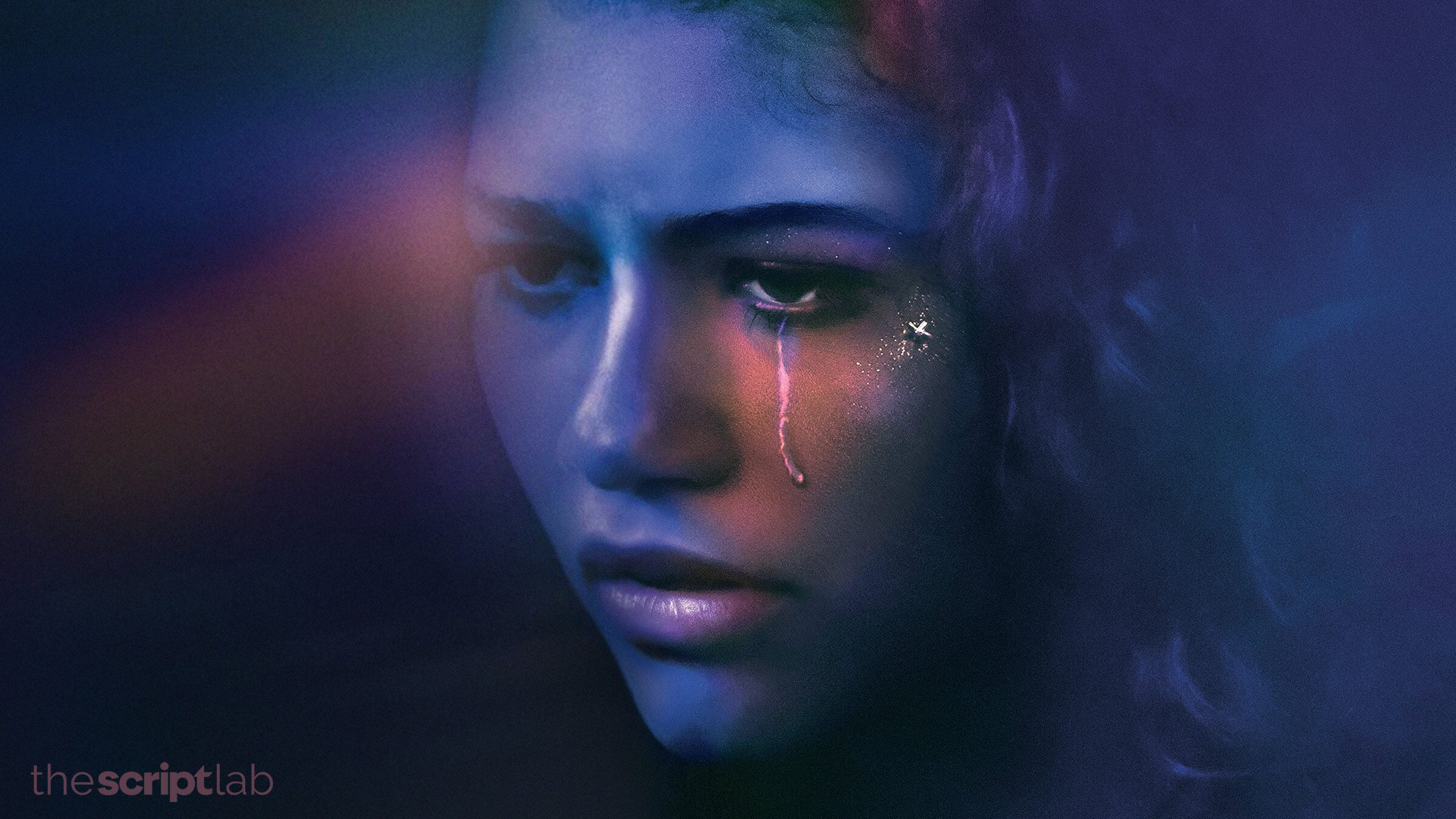