Top 10 Ways to Screw Up Your Screenplay

You’ll remember a news story from awhile back: an aspiring writer left his screenplay in a briefcase outside an agent’s office. The briefcase was taken as a security threat and before you could say “rejected,” the screenplay was blown up by police forces.

Don’t worry though. Your screenplay will never be blown up… most likely.

No, poor grammar and bad format are a much more likely threat to the well-being of your screenplay than explosive devices. Whether you are a seasoned veteran or a screenwriting newbie, there are certain aspects of the trade to keep in mind while writing. Below are the Top 10 Ways to Screw Up Your Screenplay. This list includes everything from writing mantras to faux paus to avoid.

So tonight, you can rest easy knowing that your screenplay has avoided some of the most common mistakes made by writers (not including leaving it in unattended luggage). Bombs away.

10. You Never Made An Outline

My favorite thing about screenwriting is the way it fuses together business and creativity. While it is a completely creative endeavor, there are certain structural aspects that are expected. The inciting incident, lock-in, first culmination, main culmination, and the third-act twist are the fundamental parts of a screenplay. They allow you to deliver a satisfying story to the audience. Enter: the outline. Maybe you can lock yourself away for 72 hours and emerge with a glowing screenplay, or maybe it takes your 7 years to complete your masterpiece. Regardless, you HAVE to know where your story is going… and an outline allows you to pinpoint that. More so, an outline makes your screenplay focused and tight. No matter how creative the story, you must recognize that screenwriting is a discipline.

9. You Write Dialogue with an Accent

I once read a book that was written entirely from the point of view of a man with a thick Southern accent. Needless to say, it took me a LONG time to read. However, writers of novels generally have a lot more creative leeway than screenwriters… meaning you should not write with an accent. For example, let’s say you are writing dialogue for someone with a Cockney accent. You may be inclined to write dialogue like, “‘allo, what ‘ave we ‘ere?”. It’s hard to read, and after 90 pages it becomes unbearable. Instead, you can include accent specifics in the character description and write the line normally: “Hello, what have we here?” Not only does writing like this make for an easy read, but it allows the actor and director to interpret the lines in the most natural way.

8. Your Characters are Cliché

It’s incredibly important to keep this mantra in mind when creating characters: write what is true. No matter what kind of film you are writing, the characters keep it glued together. The audience can relate to them, aspire to be them, or even be scared of them. With something that is so integral to the success of your screenplay, it is important to keep it original. Now, this doesn’t mean that you have to reinvent the wheel. In fact, it’s the opposite. Pull from your own life to create characters that are multi-dimensional. In this sense, you should know characters. You should be able to answer questions about your characters as easily as if they were your best friends, or even your own mother. Creating characters with depth will only add to the originality of your screenplay, making it distinctly yours.

7. Your Scenes are Purposeless

In screenwriting, every scene should have a purpose. Flip through your script and you should be able to pick any scene and define it’s objective. Was it showing a character’s personality? Was it defining the world the characters live in? Was it a critical moment in the plot of your film? Whatever the objective, it should be clear. There is no room in screenwriting for wasted space. In other words, if it’s not crucial to your story, cut it. No one wants to see (or read) 10 minutes of a scene that does not tie into the overall plot. It makes the reader and the audience restless. In the same way, scenes with a purpose start late and end early, meaning you want to get your character in and out, while achieving your objective well. Following these tips will make your screenplay a faster read, and thus ultimately more successful.

6. Your Script is WAY Too Long

There are certain indulgences that screenwriters are entitled to… the length of your screenplay is not one of them. If you want your screenplay to be read by an agent (one that won’t blow it up), know that your 190 page manuscript will not be welcomed. Generally, screenplays are expected to be 90-120 pages in length, depending upon the genre. More often than not, the shorter the better. Like what was said up above, decide what is crucial to your story and cut the rest. I know that it is painful, but rest assured that when your name is up there with Scorsese and Coppola, you will be able to write as many 150 page screenplays as you want.

5. You Forget to Show, Not Tell

Let’s get this clear. You are not the director. You are the screenwriter. You do not tell the director what to do. Your screenplay should never include directing terminology (i.e. ZOOM SHOT, DOLLY SHOT, LONG SHOT, etc. – unless of course you are an A-List writer/diricter such as Tarantino or Nolan). The reality for 99.99% of screenwriters is that you are paid to write the script, and the director is paid to interpret it. He or she is the one who decides how he would like to shoot it. Adding your directorial input will only make you look like an amateur. Remember, it is your job to create a script so compelling, the director is able to visualize it without pause.

4. You Don’t Use the Proper Format

Out of everything on this list, nothing will get your screenplay dismissed faster than not using the proper format. Screenwriting is a trade. There are rules that must be followed. The format of a screenplay is one of the first things you should learn about screenwriting. Familiarize yourself with the way a page of a screenplay should look. Know the importance of white space. Try to make each individual page as readable as possible. With screenwriting software available, there is no excuse for sloppy format. Yes, poor format is a one-way ticket to the trash can. Avoid this horrible mistake. Get to know your craft.

3. You Don’t Listen to Others

It’s a horrible moment. You share a piece of writing for the first time. Worst case scenario: you are eaten alive by terrible criticisms including, “don’t quit your day job” and “I would rather shoot myself than have to listen to that again.” Best case scenario: you are showered with compliments and hailed as a genius. However, you still have that odd, self-conscious feeling of being exposed… like being naked in a room full of strangers (maybe that last part is just me). Regardless, sharing your writing is a difficult thing. The thing is, you HAVE to do it. Keeping your writing locked away will do you no good. Find a screenwriting group, or a good friend (you can even just share it with your mom), and ask for some feedback. The worst thing that can happen is they criticize it, and what doesn’t kill you only makes you (and your screenplay) stronger.

2. You Listen to Others

You took the plunge. You put your writing out there, and got some feedback. The problem? The reader totally missed the point. He or she thinks that you need to put an animatronic gorilla into your heartwarming tale of the women’s suffrage movement. Here’s the great thing about screenwriting; it’s all yours. Before it is turned into a film, it is your story. If you are certain that the gorilla would harm the message of your film, don’t put it in. It’s your prerogative. Don’t change the essence of your film because someone tells you that you should. Decide what is important to you, and stick to it. Think Sylvester Stallone. Producers Irwin Winkler and Robert Chartoff offered him $350,000 for the rights to Rocky, a huge sum especially considering he had only $106 in the bank, no car, and was trying to sell his dog because he couldn’t afford to feed it. However, he refused to sell it unless they agreed to let him star in the film. Now, I’m not saying that you should demand to star in all of your movies. I’m saying that you are the writer. If you feel strongly about a certain aspect of your script, don’t change it… no matter what anyone else says.

You’ve heard before that there in no overnight success in screenwriting. It’s true. You may end up putting all of you blood, sweat, and tears into a project that will never see the light of day. The good news? If you FINISH writing a screenplay, you’ve already beat out the majority of people who set out to be screenwriters. And if you are disciplined enough to rewrite (and rewrite, and rewrite, and rewrite), you are WAY ahead of the game. That’s why it pays to be committed. Be committed to your dream. Be committed to your story. Be committed to making screenwriting a party of your everyday life. Think of it as a part of your daily routine. You brush your teeth, you write. You work out at the gym, you write. You make the kids their lunch, you write… making it a habit will only help you in your journey to reach your goals. Talent and creativity are cornerstones to screenwriting, but perseverance is the screenwriter’s best friend. 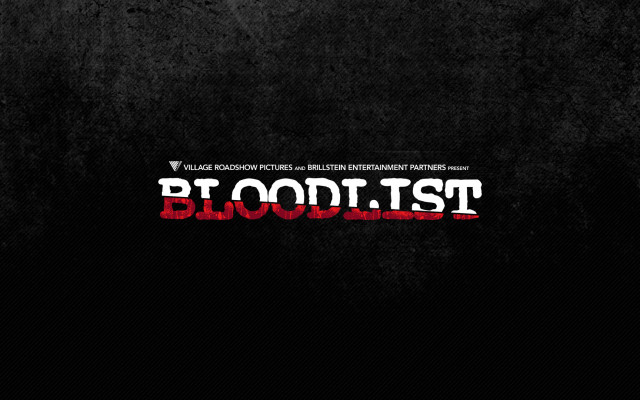